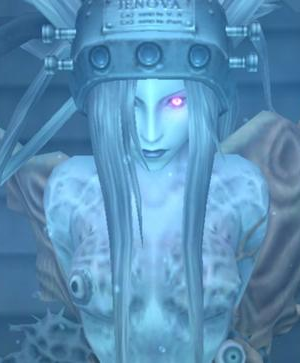 Jenova descended on Gaia 2,000 years before the events of FFVII. She single-handedly devastated the Cetra, and nearly destroyed the planet, before being sealed in a geological stratum in the Northern Crater. Unearthed by Shinra scientist Gast Faremis, she indirectly played a huge role in Shinra's rise to power as the source of the genetic material they use to create members of SOLDIER, their elite super-soldiers with which they conquered the world. 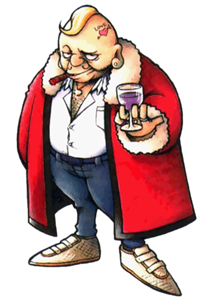 A mafia don in the slums of Midgar, he abducts Tifa as a candidate for his "special lady" for the evening. Cloud and Aerith infiltrate his mansion to rescue Tifa and find out what the Don knows about Shinra's schemes.

The birth father of Marlene, a close friend of Barret. After a Mako Reactor blew up, Shinra mistakenly blamed their town and destroyed it, turning its ruins into a prison. Dyne survived and, believing his friend and family dead, became a murderous psychopath. When Cloud and his friends were trapped in the prison Dyne and Barret reunited as they needed his permission to leave. After the two battled, he committed suicide after allowing the group to leave. 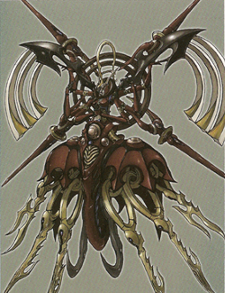 Appears in: Before Crisis

A legendary "Ultimate Summon" also known as "The World Burner". Zirconiade is said to be strong enough to destroy all life on the planet, but the energy needed to summon it is so great that the base Summon Materia cannot muster the energy, four support Materia is also needed. 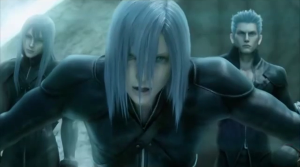 Kadaj, Loz, and Yazoo are physical manifestations of Sephiroth's will. Each of them represents a different aspect of Sephiroth's personality, but they share a fanatical obsession with Jenova. 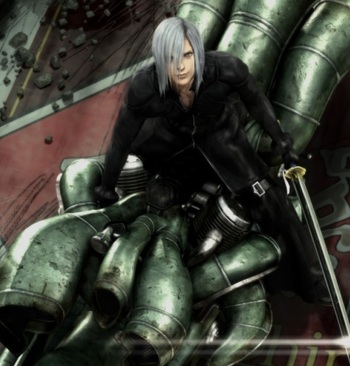 "I've never known Sephiroth. I just... I sense him there. It's unbearable to think that Mother might want Sephiroth more than..."
Voiced by: Showtaro Morikubo (Japanese), Steve Staley (English)
Appears in: Advent Children.
Loz 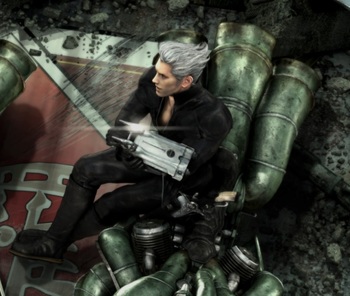 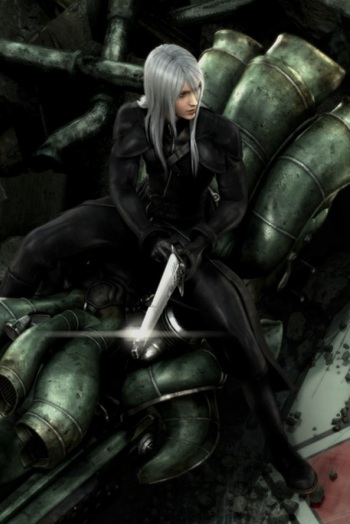 "I will not have you refer to Mother that way!"
Voiced by: Yuji Kishi (Japanese), Dave Wittenberg (English)
Appears in: Advent Children.
Advertisement: 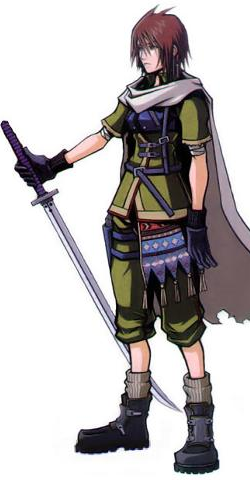 "You found me when I was wandering all alone, without my memories. I was raised by AVALANCHE. You're all like my family. That's why I'm going to fight with everyone and repay my debt."

The leader of the original incarnation of AVALANCHE in Before Crisis, she's a swordswoman with a fierce devotion to her warriors and is driven to save the planet from Shinra by any means necessary. 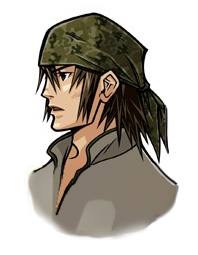 Elfé's right-hand man in AVALANCHE, he led an anti-Shinra group of his own until Elfé defeated him and compressed his group into AVALANCHE. He's in love with her and entirely devoted to her and her cause.
Fuhito 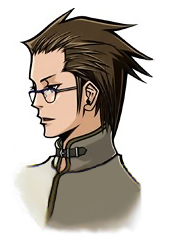 A scientist in the employ of AVALANCHE, he's the mastermind of their elite shock troops the Ravens, Evil Counterparts to SOLDIER.