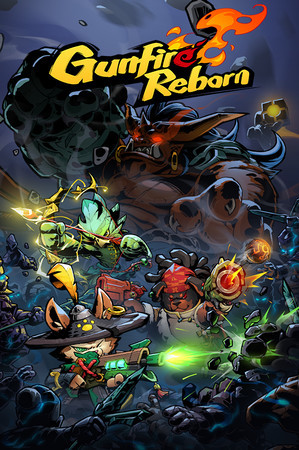 Gunfire Reborn is a Rogue Like First-Person Shooter with RPG Elements and Randomly Generated Loot developed by Duoyi (Hong Kong) Interactive Entertainment Limited which went into Steam Early Access on May 22, 2020 and fully released on November 18, 2021.

In a World of Funny Animals living in a Fantasy Counterpart Culture of Imperial China, the Crown Prince sets off to investigate the demonic presence that he senses in the Longling Tomb.

The game features Co-Op Multiplayer for up to 4 players. Among the playable characters are: