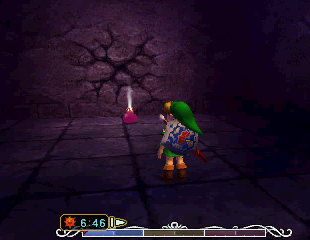 While walkin' through a hall, the cracks on the wall, more and more look like a secret.
"Yes, waste your youth looking for secret passages in rocky tunnels."
— Comic Book Guy, The Simpsons Game
Advertisement:

In Video Games (and probably elsewhere) if you see a wall with cracks on it, you can be certain of two things:

See also Notice This for unsubtle hints towards locations done for the player's convenience rather than to actually hide stuff. Sister trope of Conspicuously Light Patch which typically means the same thing for the player.