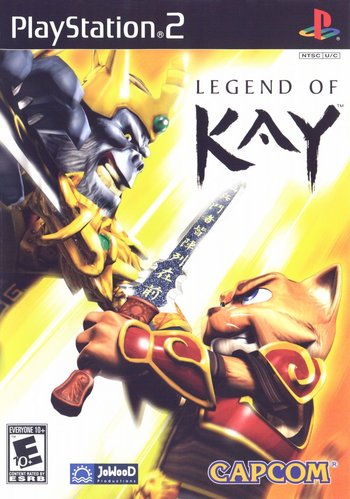 Legend of Kay is a meow-tastic platforming/fighting game for the PS2. The hero, Kay, is a cat who knows Kung Fu. After the occupying force of gorillas and rats close down the fighting school he attends, Kay goes on a quest to rid his home country of them and their collaborators. Gameplay is fairly simple, morals extremely so, and it is marketed as a children's game.

Now with an Anniversary Edition for Wii U, PS4, Steam and Nintendo Switch.