The Character Page for Twitch Plays Pokémon Platinum. For a directory of all character pages, as well as characters shared between runs, see here.

The rival of Napoleon in Twitch Plays Pokémon Platinum. Known for randomly running into Napoleon out of nowhere.
Dawn

Professor Rowan's assistant and the player character not chosen by the Mob.
Cyrus

The leader of Team Galactic and the main villain of the game, and quite possibly the most difficult evil team boss so far.
Advertisement:

Nqpppnl's Team "The Court of The Sun" 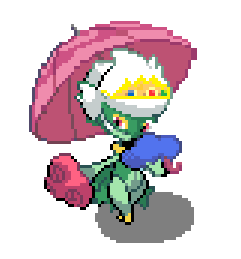 A female Roserade with Poison Point. Was instrumental in defeating Pearl's Piplup outside of Jubilife City. She is Lonely, likes to thrash about, and likes spicy food. In what can only be described as a miracle, she finally evolved into a Roselia on Day 4. After finding a Shiny Stone on Iron Island, the Mob used it to evolve her into her final form of Roserade. 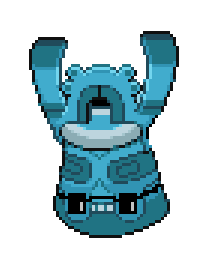 A Bronzong. It is Impish, often dozes off, and likes sour food. Evolved from Bronzor during the final hour of Day 10, while the main chat was broken and only mobile chat was accessible. 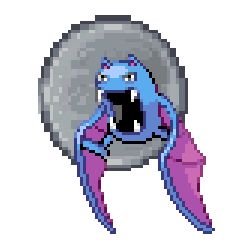 A male Golbat. He is Docile, somewhat vain, and happily eats anything. Evolved from Zubat on day 5, making him the first member of the team to evolve without the aid of a stone or Rare Candy. 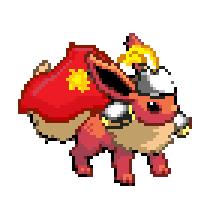 A male Eevee received from Bebe, who got him from Bill. Since the mob was able to acquire both the Fire Stone and Water Stone, they decided to let random anarchy inputs choose what Eevee evolved into, and ended up with a Flareon. He is Hasty, often scatters things, and likes sweet food. Believed by some to be a prophet of Old Amber. 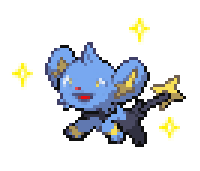 A female Shinx. Her nature is Hasty, she often dozes off, and she likes sweet food. 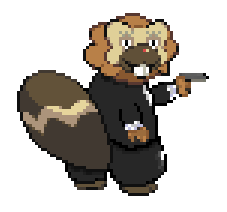 A female Bibarel caught to learn Surf, Rock Climb and Waterfall after another Bidoof that failed to evolve was ultimately released. She is Hasty and likes sweet food.

A female Togepi that was required to be obtained as an Egg to complete the game. She was a gift from the Champion, Cynthia.
☺ .~ ♥ "Bigdoof"

A male Bidoof. He is Modest, capable of taking hits, and likes dry food.
A

A Geodude captured with the Master Ball.
Egg

An egg produced by Bibarel and Flareon whilst they were in the daycare together.
B-List Pokémon
Various Pokémon that the Mob caught and haven't had much effect on the game or the players since.

A female Starly. The first wild Pokemon captured by Napoleon.

A male Bidoof captured by the Mob on Route 201.

A female Bidoof captured on Route 201.

A female Graveller caught on Route 211.

A Bidoof whose name was an incomprehensible string of numbers. He was the first casualty of the run.
Bidoof

A female Bidoof that was caught around the same time as Bigdoof. She was a member of the team for days, but was released on day 9 in an attempt to PC swap her for a Bibarel.

A mysterious Pokemon that resides within a world of its own: the Distortion World. It is said to be connected to Dialga, the God of Time, and Palkia, the God of Space, with itself being the God of Antimatter.

Mars (The Bringer of War)

A Commander of Team Galactic and Napoleon's first real challenge. Her signature Mon is a Purugly.

A Commander of Team Galactic and Napoleon's second major challenge. Her signature Mon is a Skuntank.

A Commander of Team Galactic, and the most loyal to Cyrus' goals. His signature Pokemon is a Toxicroak.

A Commander of Team Galactic and the head scientist. His signature, and possibly only, Pokemon is a Rotom.
The Stat Trainers
Trainers that temporarily join Napoleon as partners on his journey. Their Pokémon all specialize in a certain stat.

The Stat Trainer in Eterna Forest and the first that Napoleon met. Representing HP, she has a Chansey.

A girl lost in Wayward Cave and the second Stat Trainer encountered. Representing Special Attack, she has an Alakazam.

A mysterious man from Iron Island and the third Stat Trainer encountered. Representing Attack, he has a Lucario.
The Gym Leaders

The eighth and final Gym Leader of Sinnoh. Volkner specializes in Electric-type Pokémon.
The Elite Four and Champion

The Elite Four in General

The first of the Sinnoh Elite Four. Aaron specializes in Bug-type Pokemon.

The second of the Sinnoh Elite Four. Bertha specializes in Ground-type Pokemon.

The third of the Sinnoh Elite Four. Flint specializes in Fire-type Pokemon.

The last of the Sinnoh Elite Four. Lucian specializes in Psychic-type Pokemon.

She reappears in Black 2, as the sole resident of one of Caitlin's private villas in Undella Town.

A man with a strange manner of speaking and a bad tendency to yell out that he's an undercover member of the International Police.
Bebe

Pearl's starter, the one the Mob originally wanted for themselves.
Shiny Geodude
A Shiny Geodude. Like the Shiny Chinchou and Pikachu before it, it was fainted by the Mob.
Roselia

A male Roselia caught and deposited into the daycare during a daycare shuffle, and the father of Sunbrella's egg. He was erased when the game froze and was reset.
MissingNo.

Doesn't actually appear, but a glitch that occurred made the Mob remember him.
The Lake Guardians

A trio of fairy-like Pokemon that represent aspects of the human spirit. Cyrus captures them in order to create the Red Chains to bind Dialga and Palkia, but Napoleon frees them, and they eventually return the favor by helping to break the Chains. This awakens Giratina, and they head into the Distortion World to guide Napoleon further. After Giratina's defeat, they return to their homes and await Napoleon's arrival.

The Being of Knowledge and Wisdom. It rests in Lake Acuity. Napoleon fought it and used a Pokédoll to flee from it.

The Being of Emotion and Benevolence. It rested in Lake Verity, and now roams Sinnoh after being encountered by Napleon.