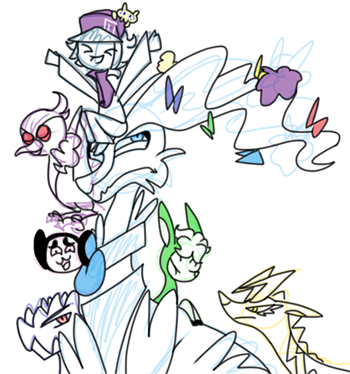 Ready to go for a musical?

Twitch Plays Pokémon (TPP) is a series of social experiments that started in February 2014 in which commands representing buttons on an original original Nintendo DS (up, down, left, right, A, B, X, Y, L, R, start,) and touchscreen coordinates are entered into a chat on Twitch, and then translated into a game of Pokémon via an IRC bot. In short, thousands of people are fighting over a controller. Throughout its life, Twitch Plays Pokémon has spawned hilarious characters, memorable moments, and even a few religions.

The seventh entry in the series takes the Mob to Unova, where their worst fear shall be realized: A whole Team dedicated to releasing Pokémon.