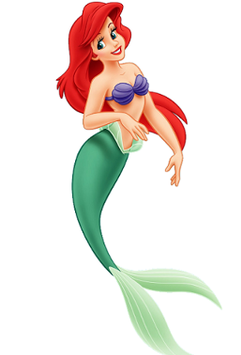 Appearances: III: Ariel's Beginning | The Series | The Little Mermaid (1989) | II: Return to the Sea | Sofia the Firstnote magical summon only

A rebellious mermaid princess, she desired most to live above the sea and learn about humans, despite the wishes of her father, Triton the Sea King. After rescuing the human prince Eric, falling in love with him and having her spirits obliterated during a violent fight with her father, she makes a deal with the sea witch Ursula to be turned into a human. They bargain that she must receive the kiss of True Love by three days, or else belong to Ursula.
She's also a member of the Disney Princess line. 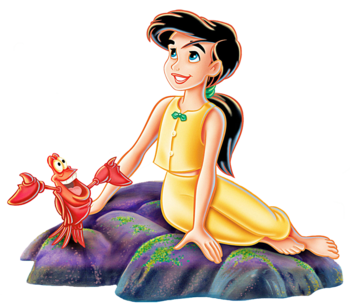 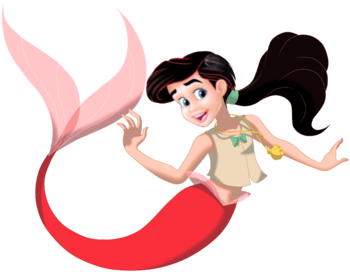 Melody is the protagonist of The Little Mermaid II: Return to the Sea. She is the daughter of Ariel and Prince Eric, and the princess of her father's kingdom.