open/close all folders
The Guyvers 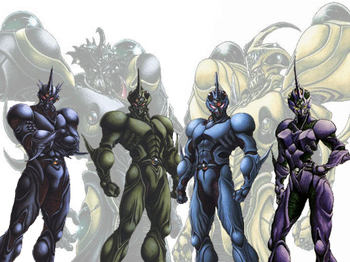 The Guyver is the product of a Uranus bio-adapted armor bonding and enhancing a human host. The armor itself adapts itself to the user so the power of the merged being depends on the host's potential. As humans were engineered to be bio-weapons, the bio-armor system increases there powers far beyond even the aliens that created them. Later, humans that had been merged with the armor were referred to as "Guyver" which in the Uranus' language means "beyond normal" or "Abnormal". This is because a Guyver is beyond the control of the Uranus' psychic domination.

Traits common to all guyvers include:

Sho Fukamachi - Guyver I formerly an Average High Schooler, Sho becomes Guyver I's host after accidentally activating it, giving him the strength needed to oppose Chronos and their schemes. 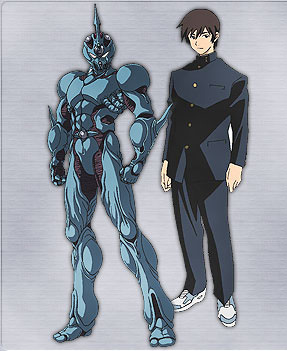 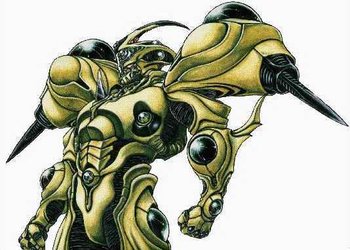 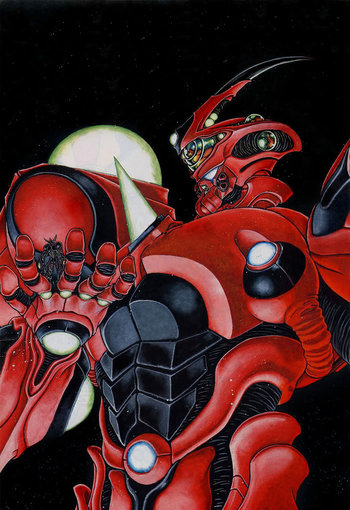 the third Guyver ever revealed, Agito helps Sho and the others fight Chronos in their plans for world conquest. However, he has his own agenda, which comes in conflict with Sho's desire.
Voiced by: Hideyuki Tanaka (Japanese, OVA's) Katsuyuki Konishi (Japanese), Steve Blum (English, OVA's) Brian Jepson (English, anime) 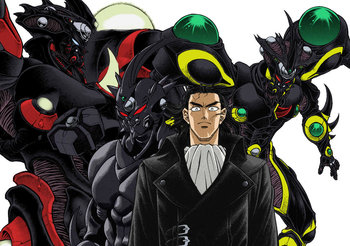 formerly an inspector of Chronos, Valkyria Forsberg Lisker betrays them after becoming the host the Guyver II-F, a copy of the original Guyver II. Currently, it is unknown why did she betray Chronos. 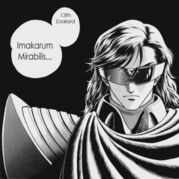 First shown as a journalist that takes interest on Sho and Chronos, Murakami is a proto-Zoalord bent on destroying Chronos, and by extension, Richard Guyot. He was Revived by Archanfel, becoming Imarakum Mirabilis, the 13th Zoalord 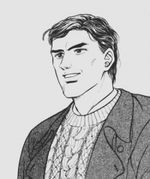 Bio-Freezer
Formerly part of Odagiri's team, Hayami tries to help Sho and Co. defeat Chronos' regime. As he had a virus that could melt his brain, he took the risk and became a Lost Number. 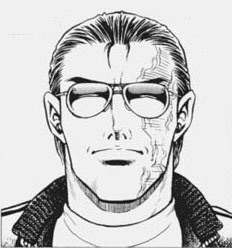 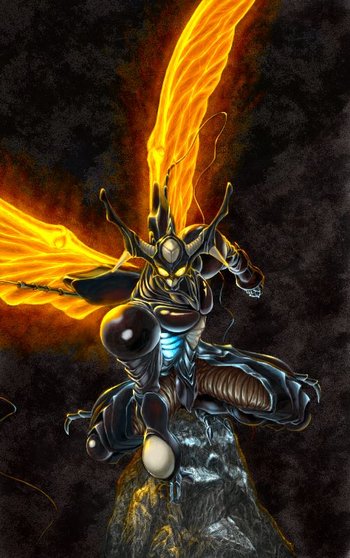 I will defeat you Fukamachi! 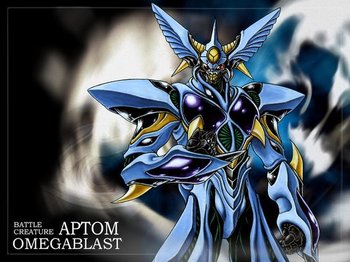 Hayami! Your sacrifice won't be in vain!

Sho's Rival, Aptom is a Lost Number who's power was defined by copying their opponents looks. After some modifications by Barcas and Sho injuring him, He gains the abilities to absorb other Zoanoids and copy everything about them, even their powers and appearances.

Chronos
Zoanoids
Zoanoids are enhanced humans capable of transforming into a powerful and monstrous bio-weapons. The process of creating Zoanoids originated from extra-terrestrial visitors that manipulated Earth's biosphere for millennia until they created the perfect bio-weapon for their needs: humans. The first Zoanoids were created by the Uranus, approximately 110,000 years ago, as the final outcome of their bio-weapons development program.

The Zoalords
The Council of Twelve

Voiced by: Yasunori Matsumoto (Japanese), Grey Haddock (English)
The original zoalord that the Uranus created to command their zoanoid armies. Archanfel was completely loyal to the creators until the day they equipped a human with a bio-armor unit. Afterwards, they fled the earth for fear that such a power would fall into archanfel's hands. In the present day, Archanfel is the founder of Chronos and the leader of the 12 holy commanders. For all of his power, he has a hidden weakness that may spell the end for him soon.