Important characters in the GUN×SWORD anime, and the tropes they embody.

NOT ALL SPOILERS HERE ARE MARKED YET 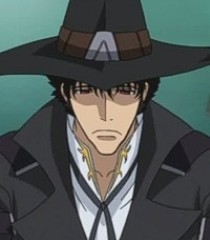 Main character of the show, and the titular "SWORD". Before the series, Van was going to get married when a man only known as "The Claw" murdered his bride Elena on his wedding day, and now he's going to get his revenge. Along the way, he makes a name for himself as a badass, acquires a ton of nicknames, and more or less goes on a Roaring Rampage of Revenge to avenge the woman he loved.

His primary weapon is a sword which morphs from a cloth on his belt. He can summon an Armor named "Dann of Thursday" when the situation calls for it. 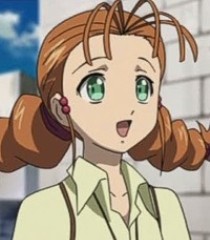 Van's main traveling companion. She's an orphan with a strong sense of loyalty to her kidnapped brother: she'll risk anything to get him back. However, she is also deeply concerned with right and wrong, and is willing to put her sense of ethics above her emotions when necessary. 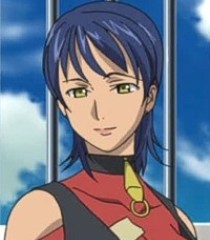 An information broker who has known Van for a long time, and who happens to be one of his few friends (whether Van openly admits it or not). She originally was a neutral element in his life, but when her life is ruined by the same guy who murdered Van's wife-to-be, things become personal. 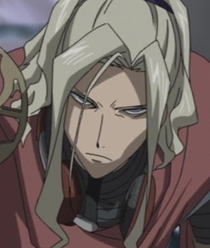 Voiced by Takahiro Sakurai (JP), Liam O'Brien (EN)
"When you're out for revenge, humanity just gets in the way!"

The titular "GUN". Ray, like Van, witnessed his wife being murdered by the Claw, and took to avenging her death. Unlike Van, however, he is willing to do anything to kill the Claw, even taking the lives of innocents who get in the way.

His primary weapon is a gun. His armor, Volkain, is a modified mining armor, which just like Ray himself also uses guns. 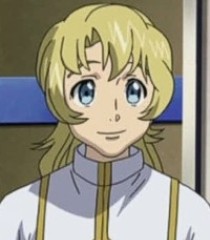 Ray's younger brother, who joins up with Van and Wendy in order to hopefully convince his brother to abandon his quest for revenge 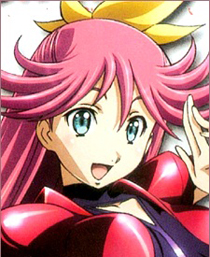 An Armor pilot with a bit of an Idol Singer theme. First encountered by Van and the others in an armor tournament where she was fighting to earn enough prize money to save her orphanage. Due to some intimate interactions with Van, she falls for him, and eventually comes back in the finale. 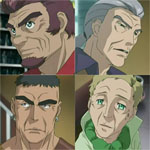 A quartet (formerly quintet) of walking shout-outs to the days of themed combining super-robots. They were content to wait around in their town's cantina, tired and forgotten by the younger generation, until Van stumbled along one day and showed them that there are still people with the spirit of heroes and, more importantly, people who need heroes.

A... very nice, affable old man who is a Friend to All Living Things, polite, soft-spoken and loves everyone... except that he's the Big Bad. While his motives may seem good, his final goal is morally problematic. His charisma is one of his main strengths: he gathered a lot of followers by merely 'helping' them. However, he has also committed his share of murders, namely Van's bride Elena and Ray's wife Shino, which marked him as the ultimate target of their bloody revenge.

Wendy's brother. At first kidnapped against his will by The Claw, he is later charmed with The Claw's methods and faithfully served him, abandoning his sister. He also strikes a relationship with Fasalina and goes a bit more on the extreme side later on. He is later selected as the pilot of Saudade of Sunday and spends his life protecting The Claw.

A blank-eyed beautiful woman who was formerly a pole/prostitute dancer and came to hate her own unclean body. Until The Claw rescued her and promised her a new world where she and her unclean body could be cleansed. Cool-headed, polite, and soft-spoken, she is somewhat The Claw's second in command. She grew interested in Michael, and later had sex with him. She's also Carmen 99's arch-enemy, as she is responsible of the death of Carmen's friend, her hometown's destruction and her fall from grace. She pilots the Dahlia of Wednesday.