Other teams formed out of Boruto's batch of classmates from the Ninja Academy.
open/close all folders
Advertisement: 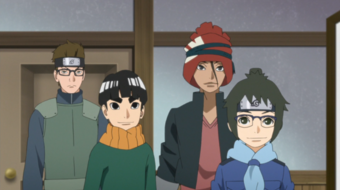 A Chunin of Boruto's graduating Academy batch and a former classmate and school friend of Boruto. The son of Kaminarimon enterprises' president, the biggest railroad company of the fire country. He's meekly, geeky & with a lot of self trust problems. Unlike Boruto's, Denki's father always tells him what and what not to do, going so far as telling him to go to the Ninja Academy, in the hope they make a man out of him. Denki would rather do what he wants than follow his father's orders, but he doesn't have the guts to go against his wishes. Currently a Chunin in Team Udon.

A genin of Boruto's graduating Academy batch and a former classmate and school friend of Boruto. The oldest student in Boruto's class. He's infamous for failing to graduate from the academy. He crosses Boruto path when he accuses him of riding on his father's success and fame. Needless to say, considering Boruto's relationship with his father, he takes it quite badly and they end up fighting. Currently a genin in Team Udon.

Advertisement:
Udon Ise
The Jounin teacher of Team 5, see the entry for Udon in Naruto - Other Leaf Village Members.

From left to right: Wasabi, Hanabi, Namida and Sumire
A genin team consisting of 3 former girl classmates of Boruto, and led by his aunt Hanabi. Originally the team consisted of Sumire, Wasabi and Namida, but upon Sumire joining the Leaf Village's Science Ninja Tool Research Team, she was replaced with Tsubaki.
Advertisement:

A genin of Boruto's graduating Academy batch. A former classmate and school friend of Boruto. She was the class representative of Boruto's class during their Academy years. She was seen mostly with Sarada & Chouchou during her Academy years, though she sometimes also hanged out with Wasabi and Namida with whom she is now teammates. Initially a genin in Team Hanabi, she is currently a research assistant in Konohagakure's Scientific Ninja Weapons Team. 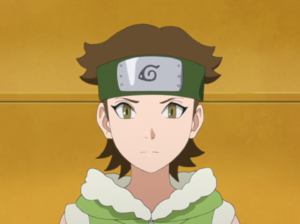 A Chunin of Boruto's graduating Academy batch. A former classmate and school friend of Boruto. She is often seeing hanging out with Namida Suzumeno. Currently a Chunin in Team Hanabi. 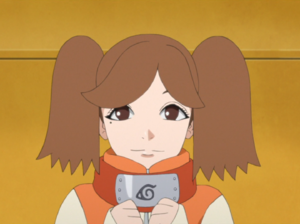 A genin of Boruto's graduating Academy batch. A former classmate and school friend of Boruto. She is often seen hanging out with Wasabi Izuno. Currently a genin in Team Hanabi. 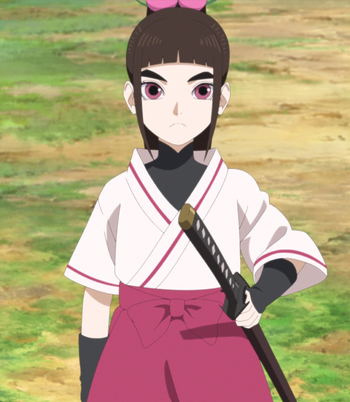 A girl hailing from the Iron Country, who transferred to the Leaf Village to fill the spot left by Sumire on Team 15. She is a disciple of the Iron Country's leader, Mifune.

Hanabi Hyuga
The Jounin teacher of Team 15, see the entry for Hanabi in Naruto - Other Leaf Village Members. 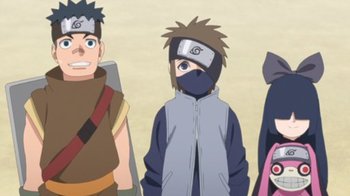 From left to right: Renga, Hōki and Hako

A genin team consisting of 3 former classmates of Boruto, led by Sai, after their former leader got harmed in a mission. 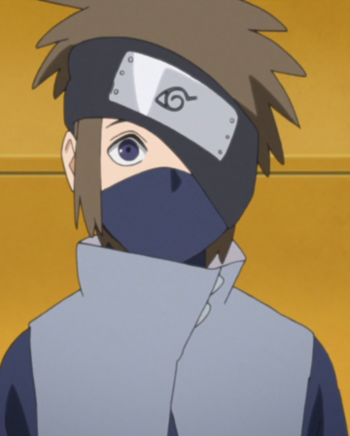 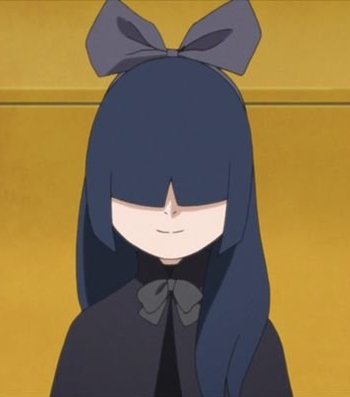 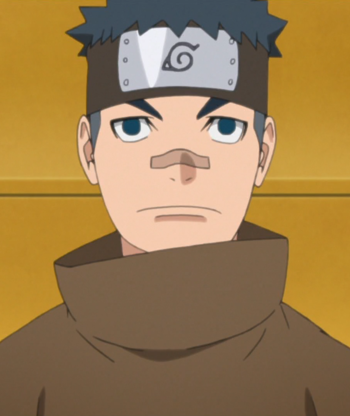