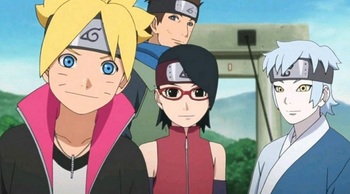 From left to right: Boruto, Konohamaru, Sarada and Mitsuki 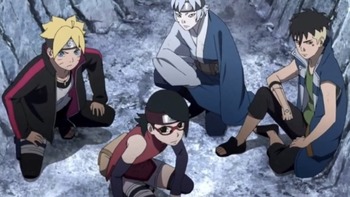 A new team 7 is formed once Kawaki joins in
The main group of protagonists in
Advertisement:
Boruto and the successors of the previous Team 7.

The team consists of Boruto, Sarada and Mitsuki, and later Kawaki, under the primary leadership of Konohamaru. 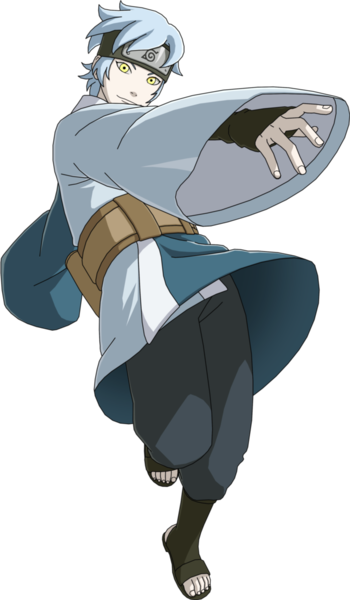 "You adults can't tell me what to do. I'll decide what I want to do for myself!"

The tritagonist of the Boruto franchise, he is Orochimaru's laboratory-grown son. Mitsuki is a mysterious boy who transferred from the Hidden Sound Village to be educated and trained as a Ninja in the Hidden Leaf Village. There he quickly becomes one of Boruto's closest friends, and later he graduates as a genin of Boruto's Academy batch. It's revealed that he was sent to the Leaf Village specifically to befriend and get close to Boruto Uzumaki for an unknown purpose.

Click here to see his appearance as a kid 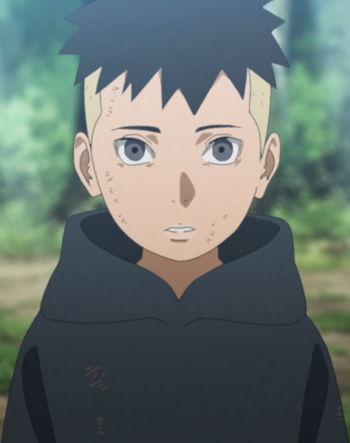 Click here to see his appearance in the flashfoward 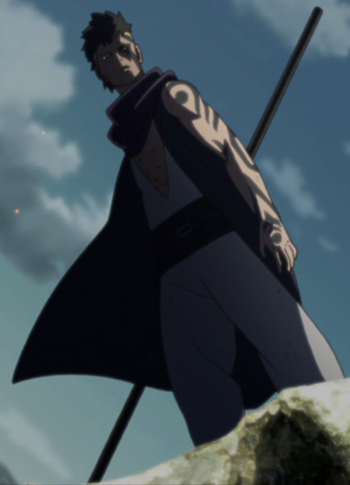 "The age of shinobi is over."

A mysterious ninja who will be an enemy of Boruto's at some point in the future. Based on Boruto's words to Kawaki, it's implied that they used to be friends or at least allies. During the flashback, its revealed that Kawaki was "rescued" from Kara's clutches and was brought to Konoha to live with the Uzumaki family, thus explaining Boruto's familiarity with the guy. He later joins Team 7.

Has the Roman Numeral "IX" tattooed on his face.