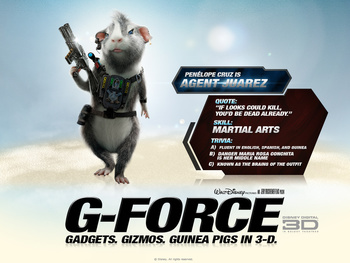 If looks could kill, you'd be dead already.
"Carl, remind me again why all the agents are animals."
— Major Monogram, Phineas and Ferb
Advertisement:

Spying on people is an activity carried out by humans, but it can also be carried out by animals. These animals can have implants allowing for communication, be sapient or not sapient, and maybe even have chips that allow you to record what they see. The animals can be trained, used as tools by the humans, or could be doing it for their own purposes.

For Carrier Pigeons, see Instant Messenger Pigeon. Supertrope to Literal Surveillance Bug. If a character does this by using the eyes of the animal, it's Animal Eye Spy.