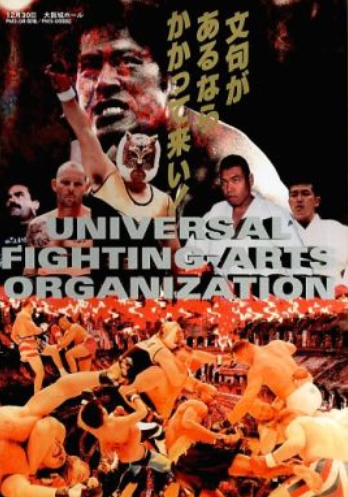 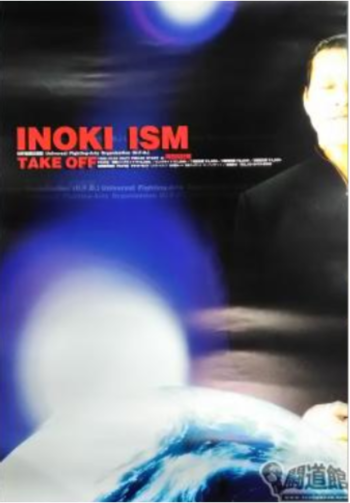 The Beginning of The Inoki-ism Experiment
"In 1977, Inoki already the idea of the World Martial Arts Association (then known as W.M.A.) during the series of the mixed martial arts matches. Satoru Sayama came up with the open glove with which the fighter can use his fingers, trained at the Mejiro Gym for kickboxing, and fought Mark Costello. Since then, the idea seemed to be forgotten as Inoki's series of the mixed matches were over. However, after Naoya Ogawa, former world judo champion, became a professional fighter, the relationship between Inoki and Sayama was revived. The idea received the attention after 20 years of the blank. Inoki's retirement as an active wrestler is not an epilogue of a legend but is actually a prologue of the new legend. The World Martial Arts Association changed from "W.M.A." to the "U.F.O.", and Inoki started the new steps to pursuit the fighting arts."
— A brief introduction to UFO from a fansite of Antonio Inoki
Advertisement: 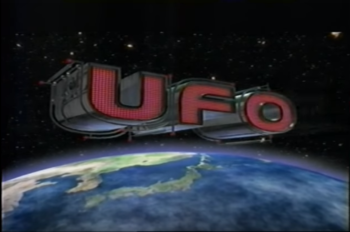 "Kazunari Murakami is kind of an MMA footnote—a fighter who was almost historically relevant, but not quite. A longtime judoka and wrestler, he took part in the old, weird proto-MMA Lumax Cup tournaments and almost won one of them—enough success to propel him into an MMA career that lasted half a decade and didn't really go anywhere, but left him notable enough to still feature in pro-wrestling to this day. He fought across the world, he was there for the first Pride, and he retired with a 50/50 record. There have been far worse stories."
— A profile of Murakami from a Fire Pro Wrestling user Carl CX from https://steamcommunity.com

"Before wrestling or martial arts Yasuda was a teenaged sumo wrestler, best known under the shikona Takanofuji. His sumo career lasted thirteen years and can be summed up as "ehn, he was okay." His body type wasn't quite right for it, his technique was solid but not world-class, and he made it to the top ranks once but couldn't hold on. He retired in the mid-90s and turned to professional wrestling, where he also gained moderate popularity and middling acclaim with a shoot-style gimmick—which is what led Antonio Inoki to pressure him into representing NJPW over in the Pride Fighting Championships. His one and only appearance was at Pride 13 against karateka and fellow pro wrestler Masaaki Satake, and it is...dire. Yasuda visibly doesn't have any real fighting training and has a gameplan of clinching Satake in the corner as hard as he can, and Satake is at around a 40-pound weight disadvantage. Satake busted Yasuda's face up, but Yasuda took a split decision. Four months later he was up against the Dutch kickboxer Rene Rooze, who was 2-2 in MMA and had dozens of wins in kickboxing—he beat Yasuda bloody and knocked him out. He got his revenge that December, taking a submission over Jerome Le Banner, who was greatly accomplished in kickboxing but had never fought in MMA. And that was the end of Yasuda's victories: He'd drop his last three fights, getting choked out by Fujita, injured horrifically against Jan Nortje, and ending his fighting career—unfortunately fittingly—in a rematch with Rene Rooze that saw him fight just as terrified and aimlessly as in his debut nearly three years prior. He was violently knocked out in under a minute and carried out of the arena on a stretcher. He retired at 2-4, with two violent concussions and one permanently damaged leg. But Inoki gave him a six-week run as the IWGP champion in 2002. So it was worth it. Right? Tadao Yasuda is a misplaced puzzle piece. He wasn't right for sumo, he wasn't right for wrestling, he wasn't right for mixed martial arts, and he wasn't right for celebrity—he famously racked up massive gambling debts, got into hot water with numerous loan sharks, and attempted suicide shortly after his 44th birthday. He wrestled his final match in 2011 and has stayed in quiet retirement ever since. I hope his life is better now. Or at least quieter."
— A profile of Yasuda from a Fire Pro Wrestling user Carl CX from https://steamcommunity.com 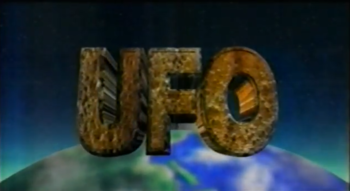 "Jumping into this sport so late, I have been playing the catch up game since I started. My philosophy is to train my hardest, do my best and be happy with the outcome. I am not afraid of getting hurt and will fight anyone that they want to put in front of me at any time. I am not saying that to sound like a tough guy but the reality is that they (the K1 office) use their infinite wisdom to do their job in booking the fights and I need to do my job."

"I’m just one guy out of many, that went out to head butt or be head butted and let the teeth lay where they feel."

"With a background and history such as Kevin's, What does he have to prove to ANYONE? Kevin was one of the Pioneers of this sport that EVERYONE should look up to. EVERYONE! He not only defended his country for us but he defended his WKA Title something like 8-9 times. VERY FEW Fighters go out of their way to not only defend their titles today, but he also put up the money to promote the event so he could keep fighting. He didn't just bring in bums to fight either. He always brought in the top challengers to continue to prove himself over and over again to his peers. Champions like Kevin don't have to prove anything more to ANYONE! He has already 'Walked the Walk' and made his place in the history of this sport."
— IKF Preisdent Steve Fossum 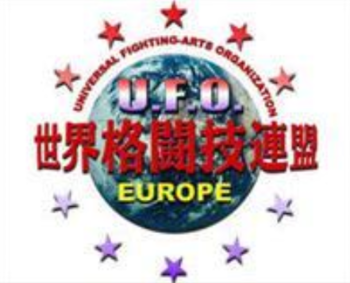 "Fighting sports are really just a metaphor of life. You learn how to deal with hardship, pain and defeat. Take your dream and make it an ambition. If you don't make it this time and maybe not even next, you will win and achieve your goal later on. No question about it. It's all about statistics and persistence - just as long as you try hard and long enough - you will be a winner and a champion in your field too, whether it is fighting sports, business or family. Never, ever give up." 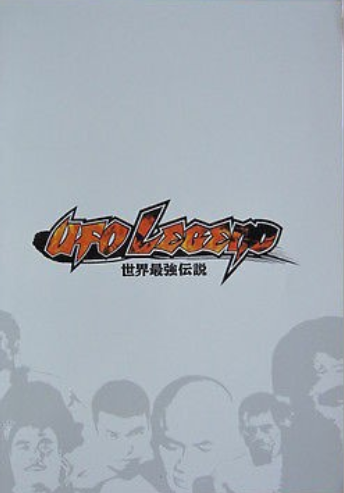 The World's Most Powerful Legend

"Wallid Ismail: The man who was hunting Gracies before Sakuraba made it sexy. Wallid is sort of an elemental spirit of anger, and he channeled that anger into his grappling: It was both ruthless and explosive, marked by making very few errors and violently exploting any openings his opponents left him. He beat Ralph, Renzo and Royce Gracie—before the famous Sakuraba/Gracie fight that put the first official loss on his record, Royce and Wallid grappled in 1998 in the prime of both men's careers and Wallid choked him unconscious in five minutes. Unfortunately, that was BJJ, and he is yet another entrant in the long history of great martial artists who couldn't replicate those heights in MMA. He wasn't unsuccessful, he won an IVC title and he retired at 9-3, but all three of those losses came during his biggest, most visible fights, and one of them included getting knocked out by Mr. Pride himself, Akira Shoji. If you're ever bored, watch his UFC fight against Kazuo Takahashi—it's two legitimately skilled fighters with no idea what the rules are who wind up just eye-gouging each other and punching each other in the crotch for fifteen minutes. Old days, old ways."
— A profile of Ismail from a Fire Pro Wrestling user Carl CX from https://steamcommunity.com

"Given that he was an inch shorter and a year later in starting his career, Rogerio agreed to take the lighter path—where Rodrigo was a heavyweight, Rogerio was a middleweight, fighting at 205 and below. Much like his brother he achieved instant success in the sport, storming 11 of his first 12 fights with victories over champions like Tsuyoshi Kohsaka, Guy Mezger, Kazushi Sakuraba, Alex Stiebling, Alistair Overeem and Dan Henderson. As a testament to the pace and talent of the division, despite being just as talented a fighter as his brother, most of Rogerio's fights went to decision. His win over Henderson got him into the quarterfinals of the 2005 Middleweight Grand Prix and set up maybe the greatest chapter in the Chute Boxe/BTT rivalry: Minotouro vs Shogun. It's one of the greatest fights in the history of the sport, the first round in particular. Its legacy is so thoroughly cemented that the UFC put on a rematch a full decade later, with both men considerably older, slower, more broken-down and coming off one-minute knockout losses—and it still captured the imagination of the fans, and still wound up far better than it had any right to be. Their Pride fight was remarkably close, and Rogerio could have easily won its decision—easily gone on to be the Grand Prix champion. Unfortunately, his career mirrored his brother's, and he was always the Pride bridesmaid, right down to being shockingly knocked out by then-unknown Rameau Thierry Sokoudjou on the penultimate Pride event in one of the biggest upsets in the history of the sport. Rogerio didn't go anywhere, though: He fought for Sengoku and Affliction before signing with the UFC in 2009, and he's been a mainstay of its light-heavyweight division for seven years, perennially on the cusp of contendership, always turned away by its top ranks. Even now, entering his forties and in his sixteenth year of fighting, Rogerio is 22-8, and seven of those losses came against world champions—and the odd one out there is Anthony Johnson, one of the scariest men in mixed martial arts history. Rogerio never quite achieved the championship fame of his brother, but he's been a contender across two decades of fighting history, and that's damn near unheard of."
— A profile of Minotouro Nogueira from a Fire Pro Wrestling user Carl CX from https://steamcommunity.com

"I would never give up. If you want my blood, you can have it, but not until the end of the fight."

"I am on a mission to find the man who is arguably the UK’s greatest wrestler since Davey Boy, Gary Steele."
— Nick Aldis