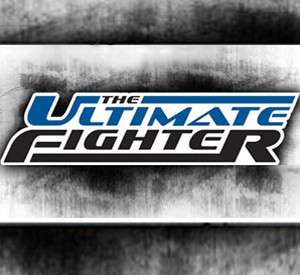 "Do you wanna be a fucking fighter?"
— Dana White, UFC President, Season 1
Advertisement:

The Ultimate Fighter is a reality show originally on Spike TV (then FX, then FS 1, now ESPN), that started in 2005, pitting up-and-coming Mixed Martial Arts fighters against one another in a tournament format for a contract(s) in the UFC. The show usually splits the contestants into two teams, each coached by a top UFC fighter. With the exception of Seasons 2 (Rich Franklin and Matt Hughes were friends and refused the bout), 4 (no head coaches), 21 (which was between rival gyms), 22 (between then-Interim Featherweight Champion Conor Mc Gregor and perennial bantamweight fighter Urijah Faber), Latin America 2 (between Season 9 Lightweight winner Efrain Escudero and Season 17 winner Kelvin Gastelum, a welterweight) and Brazil 4 (coached by middleweight legend Anderson Silva and light heavyweight legend Mauricio "Shogun" Rua, although Silva was forced to withdraw as coach early after failing a drug test), the coaches would be scheduled to fight each other after the season was over, using the format to hype the fight. So far, the show has had 27 US seasons and a 28th currently in production, one in China, four in Brazil, two in Australia, and three in Latin America. All past seasons are available on UFC.tv via Fight Pass.

Though it varies by season, there are either one or two weight classes represented, resulting in either two tournaments or one big tournament for the contract. The contract originally boasted as being "six figures"; however, that angle has been downplayed over the years. The exception being season 4, "The Comeback," featuring veteran UFC fighters vying for a title shot (this season also was the only one not to have coaches, with a rotating cast of UFC fighters and champs providing training assistance, most often Randy Couture and Georges St. Pierre). The 20th US season (A Champion Will Be Crowned) had a twist as well, as it was a tournament to crown the first female strawweight champion, with all the contestants guaranteed a contract with the UFC to fill out its new division. The 21st season also provided a new twist, pitting two rival Florida gyms (American Top Team and The Blackzillians) against each other vice coaches. The 24th season saw Flyweight champions from other promotions in a tournament to see who will receive a title shot at the finale, while the 26th follows the same concept as the 20th, only this season will be to crown the inaugural Women's Flyweight Champion.

Most of the fighters are very inexperienced (some having no MMA record at all), although the first few seasons were full of fighters who were probably UFC bound anyways (no less than seven of the sixteen competitors in the first season fought for UFC titles). Occasionally a veteran of both the international scene or the UFC itself will make it onto the show (Mac Danzig, Roy Nelson, Wes Sims) or even Kimbo Slice, who is more famous for his YouTube backyard brawls than his formal MMA record.

The show, particularly the first season, is credited with revitalizing interest in the UFC following "the dark ages" of MMA in the US post John McCain's crusade to have it banned following its brief popularity in the mid nineties. Particularly, the drama around Chris Leben and Josh Koscheck/Bobby Southworth and more importantly, the light heavyweight finale fight between Forrest Griffin and Stephan Bonnar, which peaked at around 15 million viewers at one point. Having a time slot right after WWE Raw probably helped as wellnote Spike TV had to ask the WWE for permission to air it right after Raw and they granted it, unknowingly helping to create one of their biggest competitors on PPV.

The show gets tweaked on a regular basis to avoid stagnation, with varying degrees of success. Early seasons used a team challenge to decide which team chose the next fight, a concept that was dropped by season 4 in favor of the fight winner's team choosing. Later seasons had a tournament just to get into the house, which proved somewhat popular, although it was dropped for season 10, most likely due to Kimbo Slice's presence (but has returned for Season 11 and on, but dropped again for Season 13 due to the season being shorter than normal). It was also dropped for the 20th US season due to the championship being at stake and the 16 contestants already being considered the best in the world at their weight class (and will also be absent from the 21st due to the gym vs. gym dynamic). Season 4's experiment with veteran UFC fighters proved a miserable failure, with wily vets putting on boring fights trying to ensure they were healthy enough to continue to the next bracket. Season 17 changed the filming style considerably, with the show now resembling a serious film-shot documentary.

The show has spawned eleven champions:

Many of the contestants have also gone on to become title contenders: