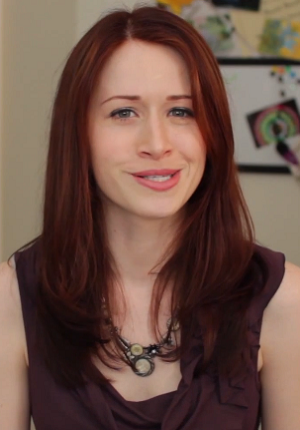 Escaping her mother's neolithic matchmaking, surviving everyone's crazy antics, fulfilling her dreams, and keeping the family as sane as possible...Dude, Where Is Her Respect?
You don't have to be nuts to live here, but it helps...

Lizzie is a 24-year-old grad student studying mass communications. She likes rain, classic novels, and any movie starring Colin Firth. She loves her parents and sisters in spite of their flaws. She tends to be judgmental, but in the end she wants to change the world. Preferably through Youtube. 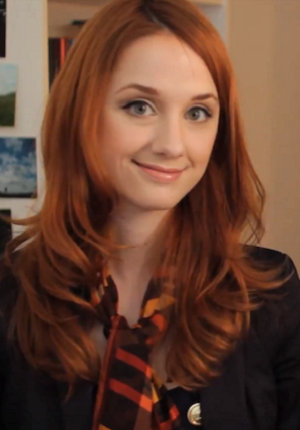 Jane Bennet is the oldest Bennet sister, working in fashion merchandising. Overworked, underpaid, and absolutely adorable. She's in love with Bing Lee, but tends to be modest in the way she expresses herself. She sees the good in everyone. 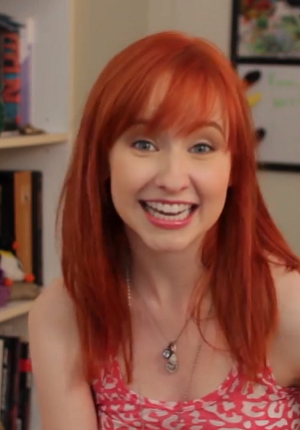 Our main source of gossip, fanservice, comic relief, and drama... HOLLA!!
"Hey everybody! Now, I know what you're thinking: 'Hey, Lydia! Where is your much older, much more depressing older sister Lizzie?' Who cares?"
— Lydia

Lydia is the youngest Bennet sister, a hyperactive boy-crazy college freshman who loves her sisters, but loves herself more. She also has a cat named Kitty who follows her everywhere. Lydia is able to get what she wants and she never forgets a promise. WHAT! 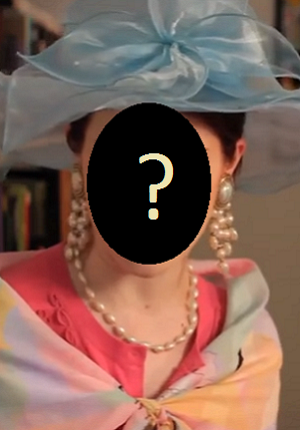 "I am so ashamed of Lizzie! I would like to apologize for everything about her...and then traumatize her into becoming a trophy wife... MUAHAHAHAHA!"
Mrs Bennet: (played and quoted by her middle daughter, Lizzie) Lizzie, who's that dancing with Bing Lee, the rich new neighbor studying to be a doctor?
Lizzie: For the tenth time, it's your eldest, most perfect daughter, Jane.
Mrs Bennet: (totally overexcited) This is the happiest day of my life!
Lizzie: What about the day you married Dad or the days your three daughters were born?
Mrs Bennet: Nope, it's today!

Embarrassing mother of the beautiful Bennet sisters and wife to Mr Bennet. It's her dream to see her daughters married to rich men and having mothered two point five children in a house with white picket fence. 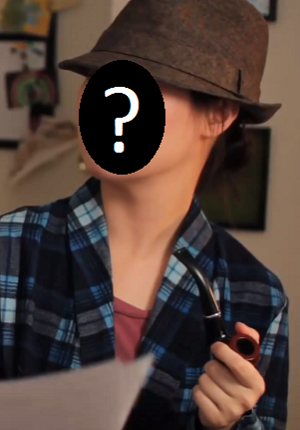 Lizzie: These are the things Dad likes the most. I made a chart. (The chart is featured on screen, read in order of intensity: New socks, bonsai trees, embarrassing daughters, winding up mom. [Mrs. Bennet])
Mr Bennet: (played by Lydia, his youngest daughter) Sure, peanut, if the world's largest energy company files for bankruptcy, then you can have a pony.
Mary 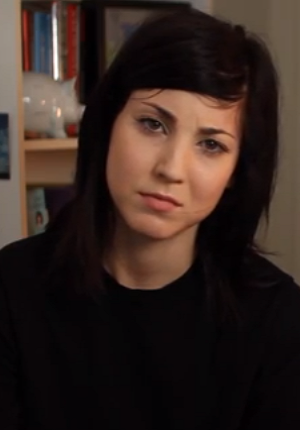 Likes things like reading, darkness, and having no facial expression... and totally NOT boys!
Lydia: You could be my apprentice. I could teach you all I know about everything and we could spend all our time together!
Mary: I would literally rather die in a fire than do any of that.

, but does make the very occasional cameo in Lizzie's videos too. 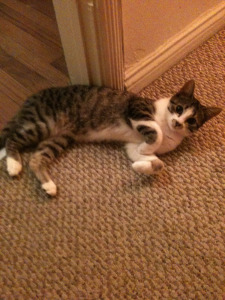 "I am ADORBZ!"
Lydia's cat, who (at least according to Lydia) "follows her everywhere" and shows up in the occasional video. Has her own Twitter account (which, admittedly, is probably maintained by Lydia and not Kitty herself). 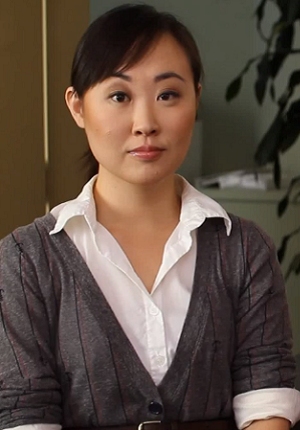 Holds this mess together, achieved supreme power via street smarts and editing skills.
Charlotte: You're talking about me?
Lizzie: Well your life and future career success and happiness.
Charlotte: Ah, your imaginary fantasy land again.

Charlotte is as talented and more down-to-earth than her best friend Lizzie. She is also as creative, at least as witty and as hard-working as her friend, but a bit more skeptical about the world as a whole. However, her practical mind lets the audience see things that Lizzie filters out. 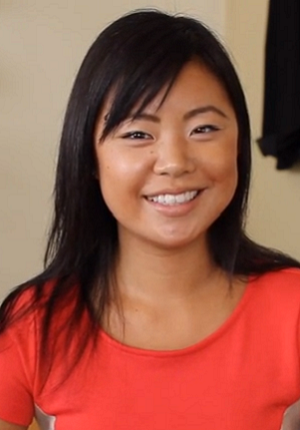 Charlotte's younger sister. She gets an internship at Collins and Collins.

Emily Lu is Charlotte and Maria's mother and a close friend to Mrs Bennet.
Advertisement: 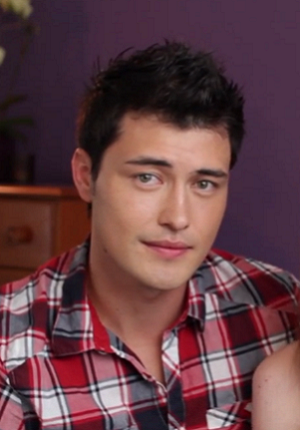 Male Cutie who is, luckily for ladies, too hot and single to be gay.
Caroline: Have you met my brother? When he sees a spider in the house, he catches it unharmed and releases it into the rose garden. He probably gives it a check-up and a lollipop before letting it go.

A young medical student from Harvard, who's rich and Asian, and whom Mrs Bennet is desperate to marry to one of her daughters. He and Jane are both kind, romantic, and single, and it is the Bennet family's common desire that they end up together. 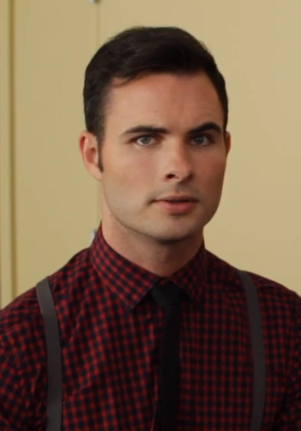 Jerk with a Heart of Gold, Tall, Dark, and Handsome, we meet at last.
(played by Lizzie) "This party is preposterous. I hate dancing. It's a waste of time, like saying nice things to people. Many of these people seem to be enjoying popular music un-ironically."

Heir to an entertainment empire, Darcy is a shy, awkward guy who unfortunately hides his awkwardness by being arrogant and snobby. 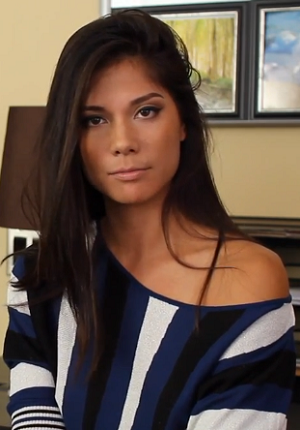 Gorgeous, but EVIL.
A follower: (on her Twitter account) After all: chocolate, men, coffee —— some things are better rich, right?
Caroline Lee: Finally, someone who gets what I'm talking about.

For tropes relating to her from Emma Approved, see her entry here. 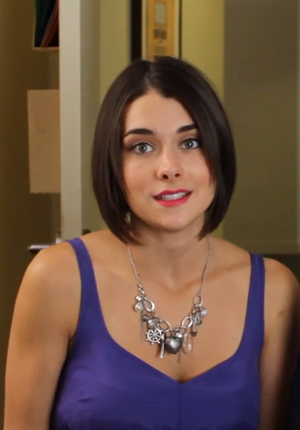 William Darcy's little sister who loves tennis, Florence + the Machine, and tweeting her brother. She is a college student (or recent graduate) and works at Pemberley Digital, the company her older brother runs. 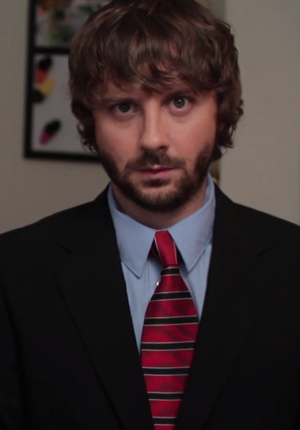 It's Mr Collins, even to childhood friends. 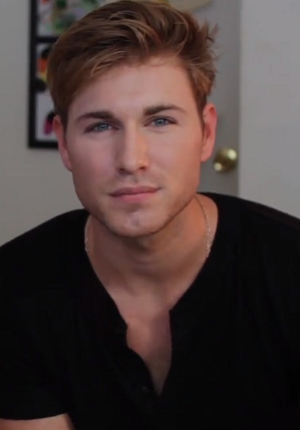 He is just a sort of Temporary Love Interest who will have NO bearing on the plot...
Catherine 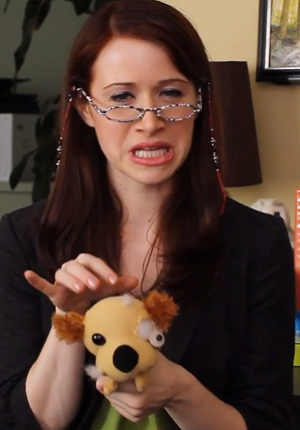 "You poor must be jealous of us rich. Hmmmm... But we work so much harder than you. Hmmmmm..." 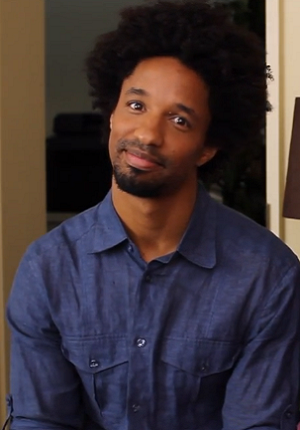 Lizzie's buddy. And Darcy's and Gigi's.

A close friend to the Darcy siblings. He becomes a friend to Lizzie when he visits Catherine de Bourgh and the company Collins and Collins.