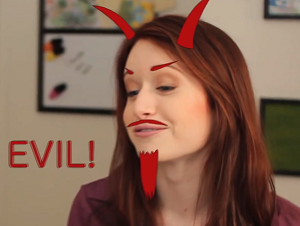 Funny moments are for post-viewing discussion and alalysis of the work. Here there be major spoilers.