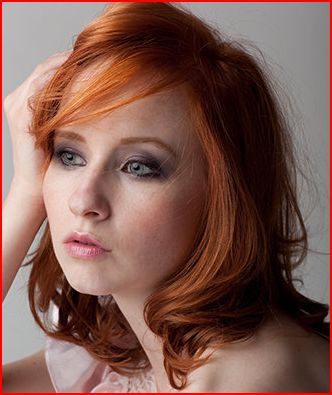 Whoever she is playing, you will root for her.
"My name is Mary Kate and I pretend to be other people for a living. The rest of the time I'm just a dork."

A winsome young actress who got outstanding praise for her nuanced, rich and realistic portrayals of a wide range of characters. Mary Kate Wiles (born March 28, 1987 in Fayetteville, Arkansas) became known because of roles in dramatic productions and webseries since she was around 19. We can't tell you how long it was since, because a proper lady never reveals her age. A Lord of the Rings fan, a vlogger

She played Lydia Bennet in The Lizzie Bennet Diaries, and plays Zelda in Squaresville and Sansa Stark in the Game of Thrones-inspired series School Of Thrones.

It is only safe to assume that her characters will be cute, and she will play them well...

Ms Wiles is associated with these tropes: