The central cast of Spec Ops: The Line.

Warning! Due to the nature of the game, there are many, many spoilers on this page, all of which are unmarked. Tread carefully. 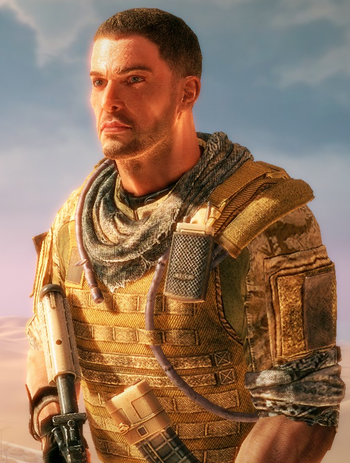 "Gentlemen, welcome to Dubai."
I don't want to say being a soldier is a way of life, because honestly, that's the kind of bullshit recruiters sling at high-school kids. But there is something to it… You gotta understand, being soldier isn't like having a job. You're just one gear in a much larger machine. It's not a way of life, it's how we're built. We're just not wired for the day-to-day civilian world. We go in, we do what's necessary, then we die.
Voiced By: Nolan North (English), Vadim Medvedev (Russian)

The player character and the main protagonist/true villain of the game. Walker is a captain of the US Army's Delta Force who is tasked with leading his squad into the now-devastated Dubai on a recon mission to find survivors. Upon finding dead American soldiers and fending off armed survivors, however, Walker chooses to go against orders and travel further into the city with his team to investigate. Upon discovering the 33rd having declared martial law and committing acts of brutality to keep refugees in line, Walker resolves to find Konrad for answers and save the refugees.

However, as he and his team is faced with increasingly horrifying situations and begin to mentally deteriorate, Walker is faced with the consequences of his actions and his damaged mentality as the team descends further and further into violence and madness. 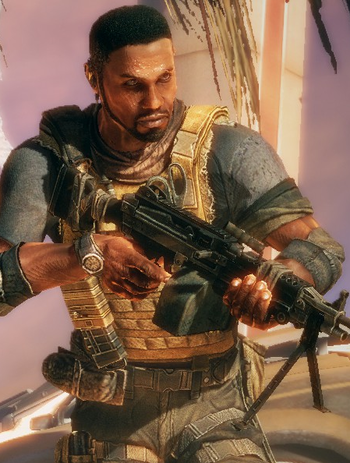 "Might not have a choice."
''When I'm on the job, I'm not a person. I'm a tool, and I have to adapt to whatever the mission requires. If I bring my baggage into the field, it'll just get in the way. Only thing that matters are the words 'Mission Accomplished.' The sooner I hear those words, the sooner I can go home and get back to being me."
Voiced By: Christopher Reid (English), Mikhail Belyakovich (Russian)
Lugo 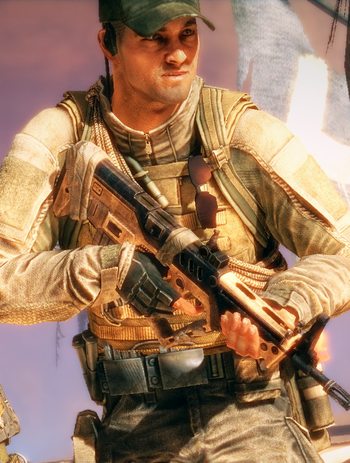 "If I wasn't a hardened kill' machine, that mighta hurt."
''So here's the thing...I never actually thought they'd let me in here. Sure, I speak six languages. Gimme a broken radio and a paperclip, and I'm MacGyver. I can deadeye a squirrel at 2000 meters. And, to top it all off, I'm the sexiest thing ever poured into a pair of ACUs. When you add it all up, it's obvious they'd want me in Delta Force."
Voiced By: Omid Abtahi (English), Daniel Sheblanov (Russian) 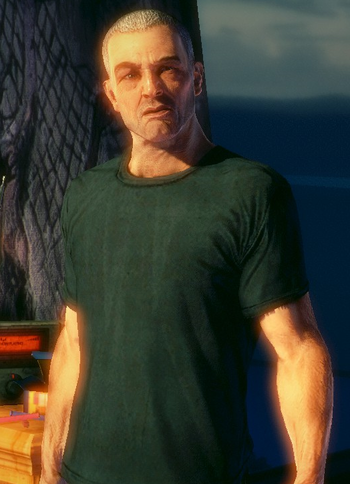 "You must think that I'm a monster. That I've gone insane. I came to terms with what I am a long time ago, Captain. What about you?"
There were over five thousand people alive in this city, the day before you arrived. How many are alive today, I wonder? How many will be alive tomorrow? I thought my duty was to protect this city from the storm. I was wrong. I have to protect it from you.
Voiced By: Bruce Boxleitner (English), Alexander Bobrovsky (Russian)
The Radioman

Robert Darden aka. The Radioman 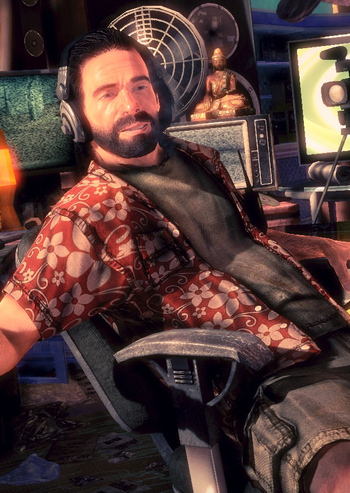 "I know there's a lot of you asking the same question right now: why? There was no reason for any of this."
Voiced By: Jake Busey (English), Alexander Noskov (Russin)
Advertisement: 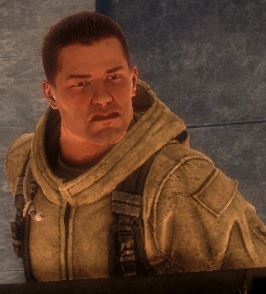 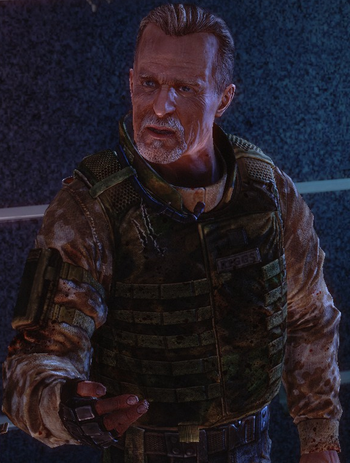