Characters / Raiders of the Lost Ark 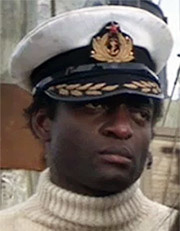 Played by: George Harris
"Mr. Jones! I've heard a lot about you, sir. Your appearance is exactly the way I imagined."

An African sailor and captain of the steamship Bantu Wind, who helps Indy covertly transport the Ark of the Covenant.

Army Intelligence officials interested in Hitler's pursuit for the Ark of Covenant. They consult Indy and Marcus for further information and later finance his journey to find the ark.

Played by: Tutte Lemkow
A friend of Sallah's who assists in the search for the Ark.
Jock Lindsey 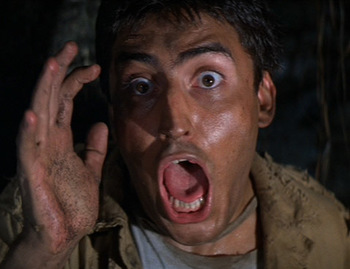 A local guide who accompanies Indy when he searches for a golden idol inside an ancient Peruvian temple. He turns out to be very greedy and untrustworthy. 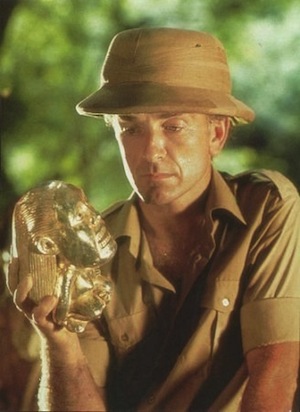 Played by: Paul Freeman
Voiced by (Latin American Spanish): Salvador Delgado (First dub), Pedro D'Aguillón Jr. (Second dub)
" Dr. Jones. Again we see there is nothing you can possess which I cannot take away."

A French archaeologist who is a longtime rival of Indiana Jones, he is hired as the lead expert by a Nazi expedition to find the Ark of the Covenant. 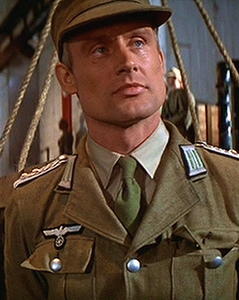 A German military officer personally chosen by Adolf Hitler himself to lead the expedition for the Ark of the Covenant. 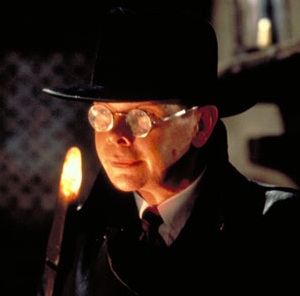 A Gestapo agent who serves as Dietrich's partner during the Nazi expedition. 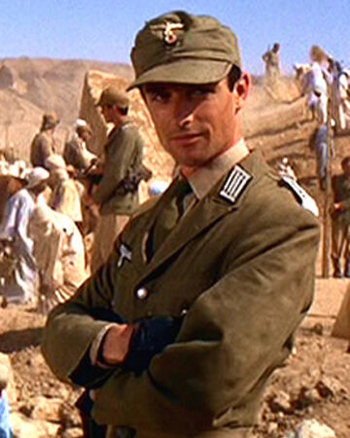 The other officer in command of the Tanis dig site alongside Dietrich. 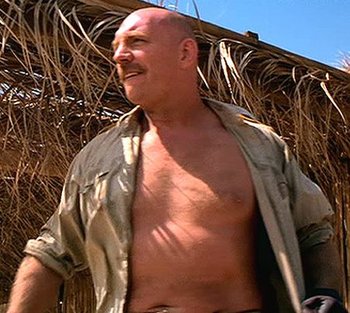 An unnamed German soldier who gets in a fistfight with Indy, which doesn't end well for the former.

An unnamed local man in Cairo who challenged Indy to a sword duel, though this attempt gets (quite literally) shot down.

Played by: Sergio Mioni
The sergeant of the squad of German soldiers onboard the truck carrying the Ark who fight Indy during his hijacking of it.
Monkey Man

A henchman of the Nazis in Cairo.

One of Toht's henchmen in Nepal.

Another mechanic who fights Indy at the landing strip.

A partner of Satipo and second Native Guide to Indiana in Peru.