Characters / Indiana Jones and the Fate of Atlantis

A former archaeologist who met with Jones before the game. Since then, she became a psychic who is obsessed with Nur-Ab-Sal and Atlantis. She also appears in Indiana Jones and the Infernal Machine and Indiana Jones: Thunder in the Orient.

An Algerian merchant who sells a lot of junk.

An amateur scholar from Monte Carlo who's interested in Atlantean artifacts. He is in possession of one of the stone disks.

An SS officer who is on the hunt for the lost city of Atlantis.

A German scientist who wants to find Atlantis and a way to fuel the Nazi war effort.

A snooty archaeologist in Tikal who was searching for one of the stone disks. 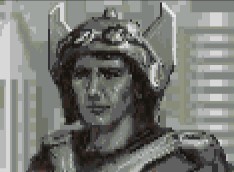 A former King of Atlantis whose soul resides in Sophia's necklace.