Characters / Indiana Jones and the Temple of Doom 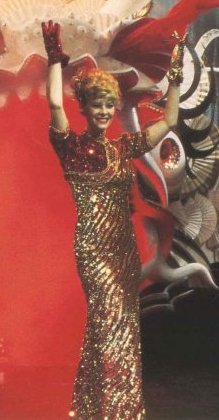 Played by: Kate Capshaw
"I'm not going to have anything nice to say about this place when I get back!"

An American singer who worked at Club Obi Wan in Shanghai, she ends up getting caught in Indy's adventures through China and India, and soon falls in love with him.

Wan Li (AKA Short Round) 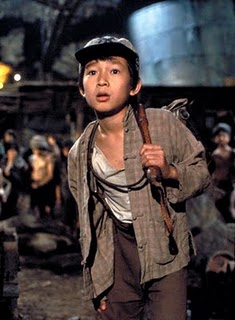 Played by: Jonathan Ke Quan
"I keep telling you, you listen to me more, you live longer!"

An 12-year-old Chinese boy who works as a taxi driver in Shanghai, he ends up following Indy and Willie to British India.

A Chinese archaeologist and a friend of Indy, who accompanies him during his confrontation with Lao Che at Club Obi Wan.

Zalim Singh, the Maharajah of Pankot 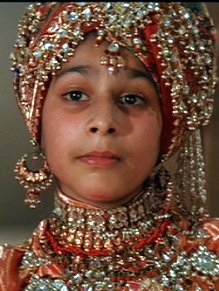 A 13-year-old king who rules the princely state of Pankot in British India. 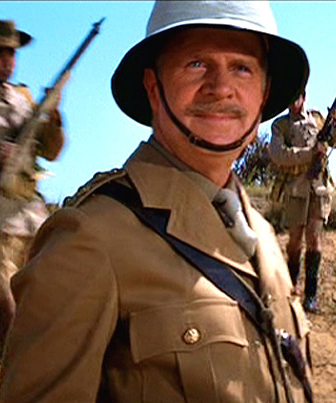 A British Indian Army officer stationed near Pankot. His troops end up battling the Thuggee cult during the climax. 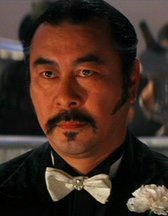 A Chinese gangster who owns the Club Obi Wan in Shanghai. He meets with Indy to bargain over the ashes of the Qing dynasty emperor Nurhaci, but Lao's treachery soon leads to the two men trying to kill each other. 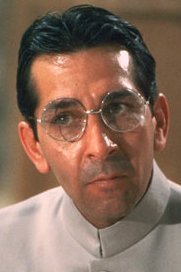 Played by: Roshan Seth
"Your friend has seen, and she has heard, and now she will not talk."

Maharajah Singh's top royal advisor in Pankot, who is secretly working for the Thuggee cult (after presumably being brainwashed by them). 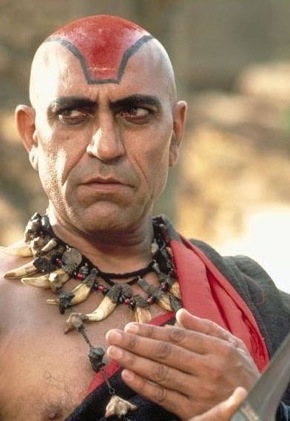 Played by: Amrish Puri
"Drop them, Dr. Jones! They will be found! You won't!"

The leader of the Thuggees, an evil cult that commits human sacrifices for the Hindu goddess Kali. He has kidnapped an entire village's worth of children to use them as slave miners in his search for the legendary Sankara Stones. 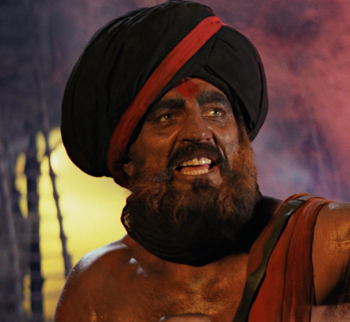 An unnamed Thuggee henchman who gets in a fistfight with Indy, though it doesn't end well for the former.