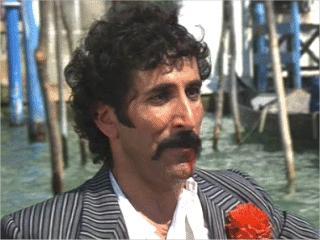 Played by: Kevork Malikyan
Voiced by: Toshihiko Kojima, Mugihito, Mitsuo Senda, Yuto Nakano (Japanese versions), Arturo Mercado Jr. (Latin Spanish), Mostéfa Stiti (European French)
"Ask yourself, why do you seek the Cup of Christ? Is it for His glory, or for yours?"

The leader of the Brotherhood of the Cruciform Sword, an ancient organization that protects the secrets of the Holy Grail. 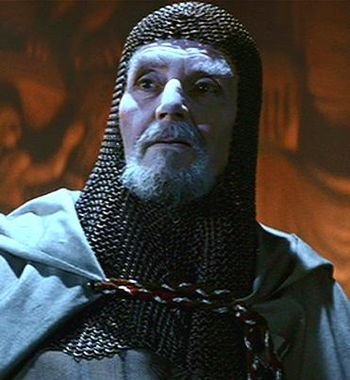 Played By: Robert Eddison
Voiced by: Koichi Kitamura, Gorō Naya, Tamio Oki, Satoshi Sasaki (Japanese versions), Francisco Colmenero (Latin Spanish), Jacques Mauclair (European French)
"You must choose. But choose wisely, for while the true Grail will bring you life, the false Grail will take it from you."

A medieval knight who participated in the First Crusade, he ended up becoming the immortal guardian of the Holy Grail. 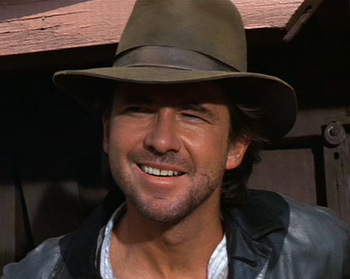 A thieving treasure hunter whom a teenage Indy encountered while living in Utah in 1912. Hired by a man known as "Panama Hat" to find the Cross of Coronado, he chases down Indy when the boy tries to take the artifact himself. 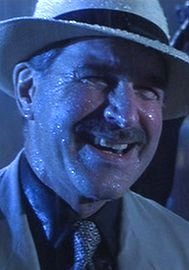 Played by: Paul Maxwell
"This is the second time I had to reclaim my property from you!"

A criminal who hired Garth to find the Cross of Coronado for him in 1912, which led to a chase with a younger Indy. 26 years later, Panama Hat and Indy later meet and fight each other again over the same Cross in 1938. 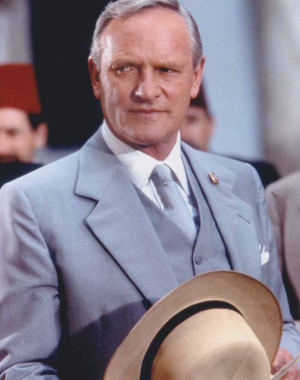 Played by: Julian Glover
Voiced by (Latin American Spanish): Gerardo Reyero
"As you can now see, Dr. Jones, we are on the verge of completing a quest that began almost two thousand years ago. We're just one step away."

An American businessman who is secretly working alongside the Nazis in an expedition to find the Holy Grail. 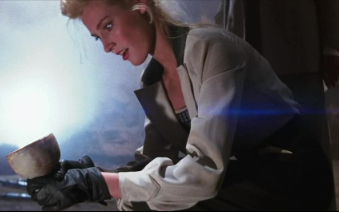 Played by: Alison Doody
Voiced by (Latin American Spanish): Kerygma Flores
"Don't look at me like that. We both wanted the Grail. I would have done anything to get it. You would have done the same."

An Austrian archaeologist who joins Indy on the quest for the Holy Grail, but she is secretly working for the Nazis. 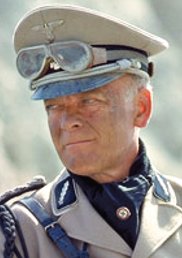 A German SS officer who is in charge of the Nazi expedition for the Holy Grail. 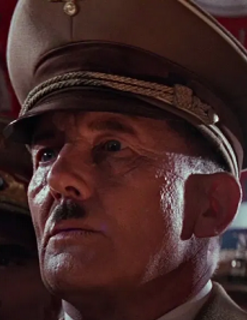 Played by: Michael Sheard
The Führer of Nazi Germany.