Awesome / Raiders of the Lost Ark 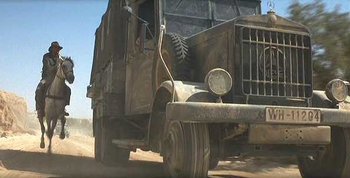 "I'm going after that truck."