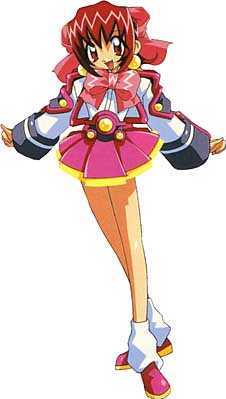 The main character of the anime, she is a typical girl who is not good in academics, but has a pure and trusting heart. Her Pata-Pi is Densuke, a simplistic winged one whose only word is "Pi!" It transforms into the Diva Aphrodite.

Hibari's classmate who is her best friend. She is intelligent, mature, and even comes from a wealthy family. Her Pata-Pi is Francesca, an equally intelligent multitasker whom Suzume improves to be "the best." It transforms into the Diva Hestia. 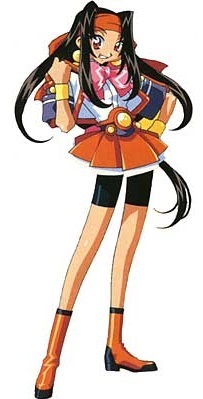 A girl with an aggressive attitude. She has a mixed martial arts and professional wrestling background, but she aspires to be a singing star, just like her idol, Hatoko Daikan'yama. Her Pata-Pi is Tetsuro or Tetsu for short, an equally aggressive one who has built-in microphones whenever she has the urge to sing, and a camera. It transforms into the Diva Athena. 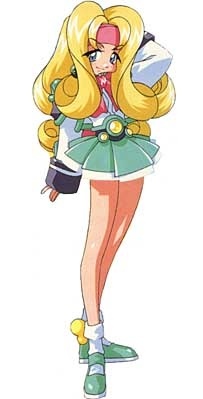 A girl from Osaka who aspires for money and would do anything for it, though she has hidden depths and is smarter than she appears. She is the only girl to know about the Pati-Pis transforming without a demonstration, as she gained information from her grandfather. Her Pata-Pi is Billiken, a futuristic version of a piggy bank and counting machine. It transforms into the Diva Amphitrite. 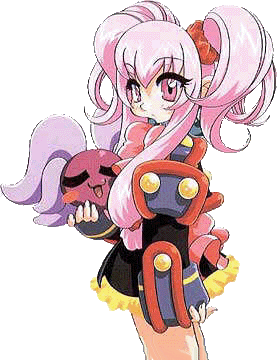 A mostly stoic girl with a very twisted view on friendship and no concept of family. Brought up by Cigogne as a special catalyst for the return of the Primum Mobile, she is isolated from society all this while. Hibari befriends her and will later either straighten or change those views. Her Pata-Pi is Petit-Ange, who is pink-colored and not very bright. It transforms into the Diva Erinnus.

The shady and mysterious principal who seems to watch over the girls and their Pata-Pis and knows everything about them.

The "Black Prince Shooting Star". He is the fourteen-year old "son" of Washuu. He has a resemblance to him and is admired by Jun, Miyama, and Hatoko to the point that he manipulates their emotions.

An old acquaintance of Washuu who also knows about the Anima Mundi. He acts as Tsubame's "father" who brings her to Tokyo.

Washuu's secretary. She gets the chance to fight the girls by donning a Diva suit made by Washuu and commands the Diva army. Her Diva is Harpuria.

A trio of women who passionately long for "Black Prince Shooting Star" and go out to steal the specially designed Pata-Pis to please him.

An office secretary in the robot industry where Hibari's father works.

A famous Japanese pop star idol. Tsugumi is a big fan of her.

The mysterious "White Prince" who gives Densuke to Hibari. He often appears in her dreams an is the target of her many fantasies.

A girl from Hibari's school who is absolutely obsessed with flat-chested girls. Her Pata-Pi is Enoken.

Kamome's grandfather. Kamome generally learns anything about Pata-Pis from him as he was once a part of Rosenkreuz's secret scientists' society. He is a pervert who peeps at girls' underwear now and then while watching out for the girls from afar.