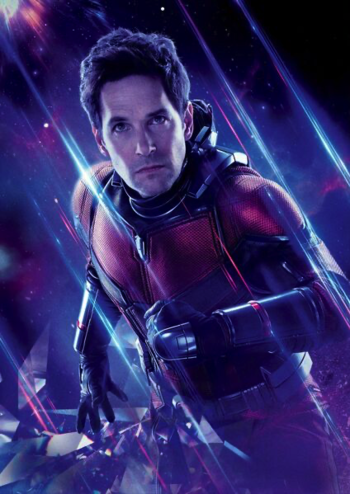 "Pick on someone your own size!"
Click here to see him as Ant-Man 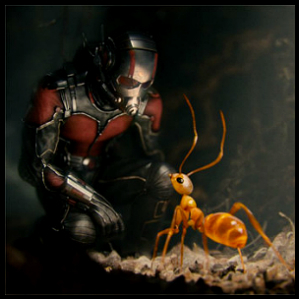 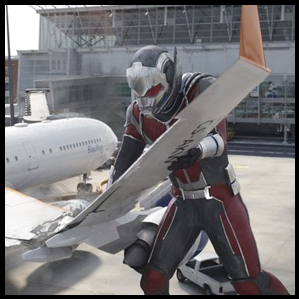 Advertisement:
"I do some dumb things and the people that I love the most pay the price."

An electrical engineer-turned-thief who seeks to make amends for his crime. He is eventually hired by the original Ant-Man, Dr. Hank Pym, to steal Hank's Applied Phlebotinum technology from the very company Hank founded, to prevent the firm's new owners from abusing it. The Ant-Man suit Hank gives Lang as a result allows Scott to shrink and grow in size, alter his mass in normally impossible ways to greatly enhance his strength, and communicate with insects. 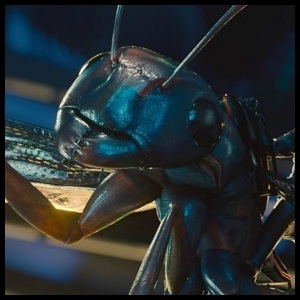 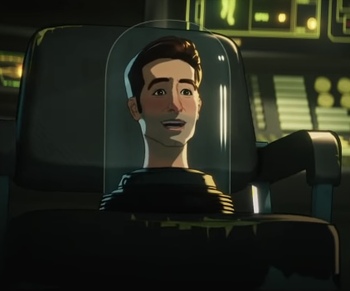 "I know what you're thinking — I've lost weight. Thank you for noticing! But don't worry; I'm not gonna let it go to my head."

On Earth-89521, Scott was infected with the Quantum Virus, but was eventually cured by Vision, albeit at the cost of him being reduced to a head in a jar.
Feedback

He's not getting up after that

Even if you can tank laser and plasma like no-one's business, getting stomped on is a good sign that you lost.

He's not getting up after that

Even if you can tank laser and plasma like no-one's business, getting stomped on is a good sign that you lost.