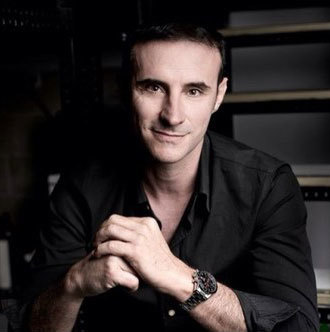 Claudio Serrano is a veteran Spaniard voice actor, and one of the most recognizable voices in the Spanish voice acting industry. He's been a prominent actor since the 80s and 90s, and is the regular voice actor for multiple Hollywood stars. But if there is one single role he's famous for, especially in geek culture, that's undoubtedly Batman. After dubbing Christian Bale in the The Dark Knight Trilogy, Claudio Serrano became the new Spaniard voice for the Cape Crusader from that moment on, substituting Fernando de Luis as the official voice. Claudio is in a position similar to Roger Craig Smith, a much younger voice than Kevin Conroy, but the fandom has accepted him as such. Something he wears as a badge of honor, since he is a huge comic book fan himself.

Also, when Ben Affleck was chosen to play Batman instead of Christian Bale in Batman v Superman: Dawn of Justice, there was little doubt that he would be the Cape Crusader again. Specially considering he had already dubbed Affleck in multiple movies before.

Aside from Batman, you will also hear him in lots of TV-radio commercials and as the voice of many of Hollywood's most handsome actors. But Claudio's voice is full of personality and will give presence even to the most hated actors. Pay special attention whenever he voices Paul Rudd.

Other roles he's famous for are Brandon Walsh from Beverly Hills, 90210 (his Star-Making Role in the Spanish voice acting industry), Otto from The Simpsons, Altair from the Assassin's Creed series, Tommy Miller in both entries of The Last of Us, Desmond Hume from Lost (his performance was praised by Henry Ian Cusick himself), Dean Winchester from Supernatural (he met Jensen Ackles in real life, and they got along really well), the 9th Doctor, and Dr. Derek Shepard from Grey's Anatomy.