A new student in Kouryou Academy who came to become stronger so he can avenge the death of someone precious to him. He is dubbed an Irregular for having a shield for a Blaze. He forms a Duo with the mysterious foreign student Julie.

A beautiful girl with red eyes and silver hair who takes an interest in Toru and after some time she becomes his Duo. She is from a foreign country named Gimlé in Scandinavia. Her Blaze is a Sword Type, known as Twin Blades.

Toru and Julie's classmate. She is smart and talented and possesses a dignified atmosphere. She cares very much about the people who are close to her especially Miyabi, whom despite of being weak still chooses her to form a duo. She is very much into martial arts and Shogi. Being a vegetarian, she often gives Toru a plate of vegetables to maintain his stamina and power. Her Blaze is a Kusarigama.

Tomoe's Duo. She is also in Toru's class and tends to be shy around others, especially men. Her Blaze is a huge and heavy lance which is capable of doing large scale destruction, however she has a hard time using it. 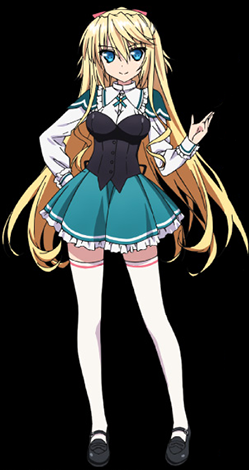 A transfer student from England came from an affluent family. She is called an "Exception" and due to this, she claims to be able to do anything regardless of the rules. She went to Japan in order to form a Duo with Toru after hearing news about his capability and being special just like Lilith, however Toru rejects her because he is already a Duo with Julie. Her Blaze is a rifle, which breaks the conventions of a typical Blaze.

Toru's childhood friend and martial arts rival. Toru is surprised to see him at Sakuya's academy. Like Toru, Tora is considered an Irregular. His Blaze is a katar.

One of the first students Toru meets upon coming to Sakuya's academy, and also his first opponent. Her Blaze is a single sword.

The first and primary teacher at Kouryou Academy, and the one who basically explains all the minor nuances of being an Exceed. Her Blaze is a whip-sword.

The secondary teacher in Kouryou Academy. 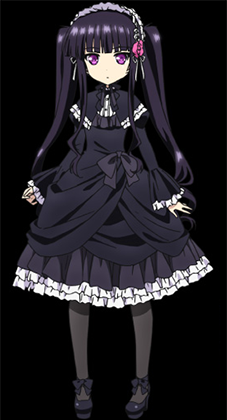 The dean and principal of the Kouryou Academy, where the Exceeds are made and trained.

A student whose life was saved by Tsukimi from K's assault in the light novel.

A soldier who serves Equipment Smith as the commander of the Rebels.

The boss of a criminal organization at odds with the academy where the protagonists study.

The leader of a Yakuza clan that lives near Toru's dojo and pulled his unconscious body (along with his sister's corpse) out of the burning dojo. He is also the one who tells Toru about Kouryou Academy.