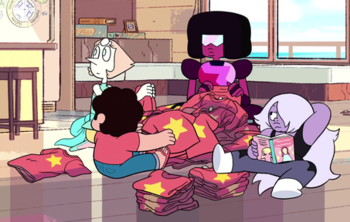 Steven and the Crystal Gems doing his laundry.