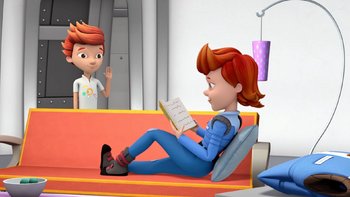 It's Mother's Day. Jet wants to buy Celery a gift, but all she wants is to finish her book. Jet realizes he left Jet 2 on Mars, so the gang goes on a mission to retrieve him. This also gives Sean the perfect opportunity to get a Mars rock for his mom.

Sean Has a Cold 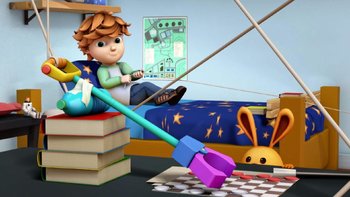 Sean is sick with a cold, and is disappointed that he can't fly kites with his friends. Sunspot shows him how he can have fun on a sick day.