The characters from Dumbo. 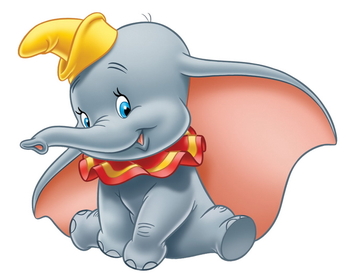 The titular protagonist with huge ears. 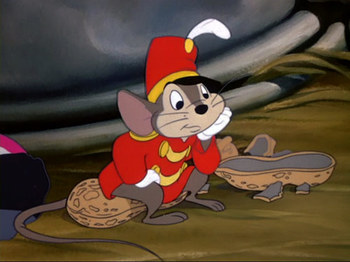 A mouse that becomes Dumbo's constant and only friend. At the finale, his name is revealed to be Timothy Q. Mouse. 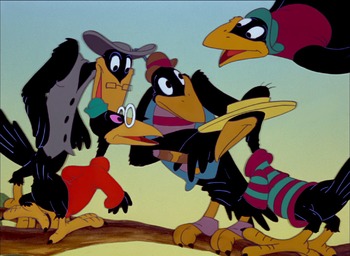 A group of crows that Dumbo and Timothy meet after their drunken escapade. 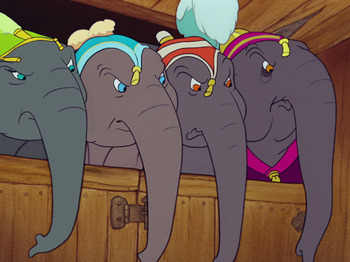 A group of snobby elephants who reside in the same circus as Dumbo and his mother. 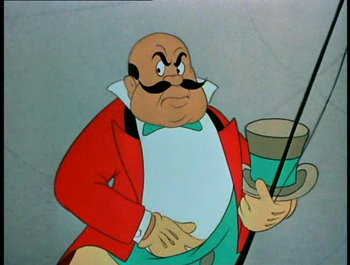 The leader of Dumbo's circus. 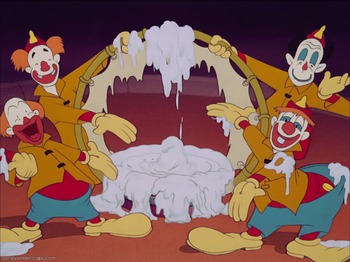 One of the acts at Dumbo's circus.

A group of bratty jerkass children who make fun of Dumbo. 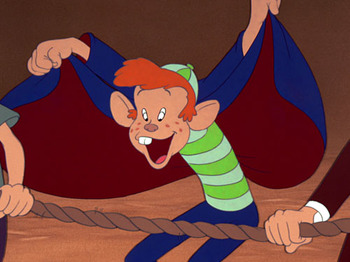 The tall, lean, dim witted, insensitive, red haired boy who is the main bully in the group of bratty children who make fun of Dumbo. 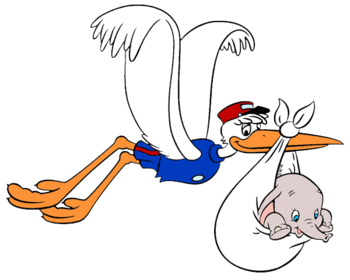 Dumbo's carrier stork seen at the beginning of the film. 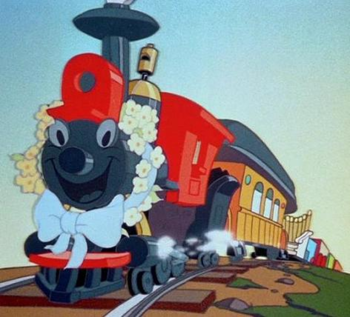 The "train with a personality".

A grouping of terrifying beings that Dumbo hallucinates.