Characters in Fantasia. For the characters from 1999 version, see Fantasia 2000.

A small mushroom who appears in the "Nutcracker Suite" segment. 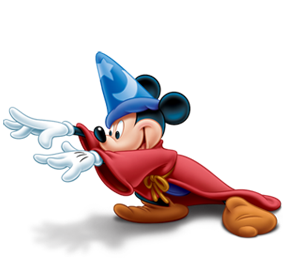 "Played" by: Mickey Mouse
Voiced by: Walt Disney (Fantasia), Wayne Allwine (Fantasia 2000)
Mickey Mouse appears as a curious apprentice of the sorcerer of Yen Sid who wants to weasel out of his chores by stealing his master's magic hat.

Voiced by: Michael Rye (Disney on Parade [1971]) Corey Burton (all appearances starting with Disney Phonics Quest)
The eponymous sorcerer from "The Sorcerer's Apprentice".

A broom that Mickey gives life and later multiplies after he tries to get rid of it. 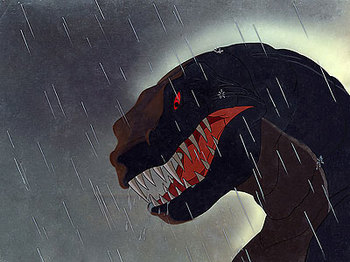 A hungry predator menacing the other dinosaurs in the "Rite of Spring" short. 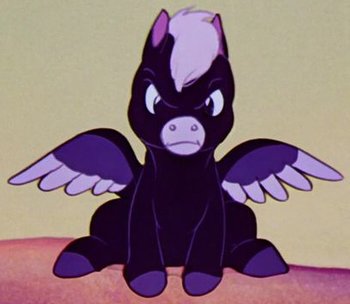 The God of Wine, partying with the other mythical beings in "Pastoral Symphony".

A little donkey-unicorn who serves as the mount of Bacchus.

The Ruler of Mount Olympus, God of Lightning.

A ballet-dancing ostrich appearing in "The Dance of the Hours", specifically the "morning" part.

Voiced by: Mary T. Radford (Who Framed Roger Rabbit)
A ballet-dancing hippopotamus appearing in the "day" and "night" parts of "The Dance of the Hours".

An elephant dancer appearing in the "afternoon" part of "The Dance of the Hours".

An alligator dancer appearing in the "night" part of "The Dance of the Hours". 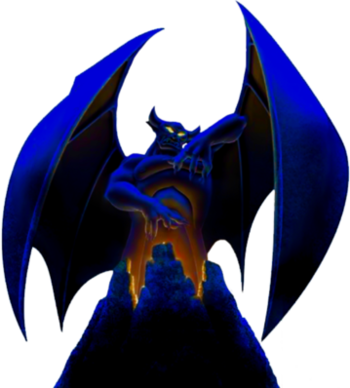 Voiced by: Corey Burton (All appearances outside of Fantasia and Kingdom Hearts)
A demonic being living on the eponymous mountain from "The Night on Bald Mountain". Heavily implied to be Satan himself.

The church bell that puts and end to Chernabog’s ritual.———-