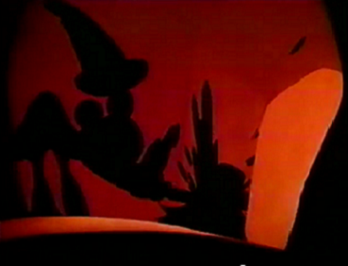 "Fantasia" is the most "adult" classic full-length animated film Disney ever made. This makes it a bit different than most of their other full length animated films right off the bat. Almost all of the segments take place in the dark.