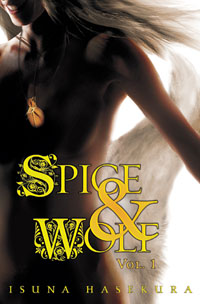 ◊
"I wonder if there's a secondary market for fake dust-jackets for the easily-embarrassed reader, bearing the correct name and title but a different illustration? Signed by the author, even...!"
— Charles Stross reacts

to the cover of Neptune's Brood

We're all told never to judge a book by its cover. Many still do; a book's cover is one of the most important marketing opportunities it has, and has a large influence on how we initially read and interpret a story.

Unfortunately, some books are cursed with the Contemptible Cover. The kind of cover that contains an excess of sexual, violent or otherwise lurid imagery, often at odds with the book's actual content. Though Sexy Packaging isn't always bad, Contemptible Covers' trashy illustrations appear a simple and blatant effort to appeal to the Lowest Common Denominator. You may well be ashamed to be seen reading such a book at home, let alone on a bus — or at the very least, it will make you wince.

The Contemptible Cover cannot claim that most covers are designed before the book is done. Blame falls solely on the marketing department; even world-famous best-selling authors don't normally have a say in the matter.

This is not just for books, naturally, but you're not likely to be holding up a DVD or a theatrical poster on a bus.

Not to be confused with a contemptible cover song. Though this trope doesn't strictly describe a pretty female character frantically trying to cover herself after her clothes are ripped off, that might well be used as an example. Also not to be confused with selfishly using other people to hide behind while under fire, even though it's both contemptible and cover. That's Human Shield.

Compare Covers Always Lie, Intentionally Awkward Title, Never Trust a Trailer, and Lady Not-Appearing-in-This-Game for similar phenomena in media. Can overlap with American Kirby Is Hardcore in the case of localized video game box arts. This is often a failed attempt to Polish the Turd.

Contrast Fanservice Cover where the cover is made with the deliberate intent to titillate readers instead of it just baiting people to read the book.