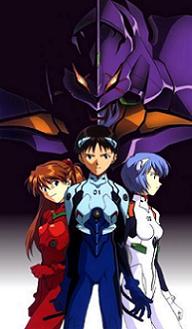 The ad that started the whole thing.
"It's all about the journey. And seeing if even the extra advantages given by 'Super Robot Pills' can counter the 'Gainax Syndrome' inherent in Evangelion as a whole. Plus, as you've gathered with all the tidbits tossed around [...], this world is a bit... different, from canon."
— The Author, giving somewhat of an understatement

.
"I'm pretty sure Completely Awesome Absolute Disaster, describes most of the Characters in this story. Especially Gendo."
— Stavaros_Arcane

In a Post-Apocalyptic world, Shinji Ikari must battle horrifying monsters in a giant robot to prevent another disaster like that which almost wiped out humanity years before... if Doctor Akagi's mad science and his own father's eccentricities don't traumatize him first.

Take note, however, that Word of God has stated that the very nature of Evangelion itself might be too much for the might of the Super Robot... but where's the fun in spoiling?

Also take note: despite the title, and despite the use of actual Gundam units, there are no crossover elements plot-wise to any Gundam franchise. However, aside from various shout-outs to other franchises, there are significant cameos from and references to Team Fortress 2 and Black Lagoon.

). As part of the lead-up to the finale, it has also been cross-posted to SufficientVelocity

Go to Nobody Dies to read the story that inspired the creation of this particular bit of madness. Check Advice and Trust, The Child of Love, Evangelion 303, The Ikaris, or The One I Love Is... to see other AU Eva fics. Go to Children of an Elder God, Gods, Angels, and Kings, Last Child of Krypton, Shinji And Warhammer 40 K, Superwomen of Eva and Thousand Shinji if you are interested in crossovers.

Note that there be spoilers below!

Tropes used for SCIENCE!! in MFE...