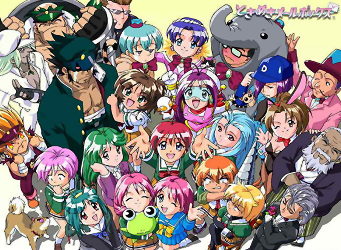 This sub-division of the Tokimeki Memorial Character Sheet is dedicated to characters having appeared in the Hibikino Saga of the franchise, i.e. Tokimeki Memorial 2 and its spin-off games, drama CDs, and novels.

Voiced by: Hiroshi Kamiya (Kouichi Watase in the Drama CDs) 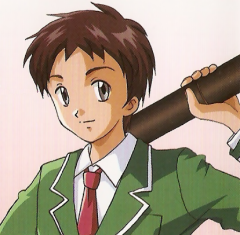 The Player Avatar of the Hibikino Saga.

An Ordinary High-School Student who lived his childhood days in Hibikino Town until he was 8. His family then suddenly moved away. Seven years later, he comes back to Hibikino for his High School time. He then meets again his childhood friend and crush Hikari Hinomoto, and soon becomes best friends with Takumi Sakaki and Junichiro Hokari.

Like his predecessor of Tokimeki Memorial 1, Naoto Takami, he doesn't have a fixed name in the main games. However, he has two different (non-canon) names in other medias: in the Drama CDs, his name is Kouichi Watase, and in the novel Kimi no Ushiro Sugata, he's called Takeru Iwase. 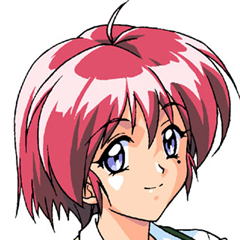 The heroine of the Hibikino Saga. A sweet Genki Girl who was quite the crybaby in her childhood, she loves sports and is a member of the Track & Field Club. She is childhood friends with the protagonist, but they were separated in their younger days. 8 years after this event, on School Enterance Day, they meet again. She's the main love interest of the protagonist at the start of the game. Her best friend is Kotoko Minaduki, and they know each other since Junior High. 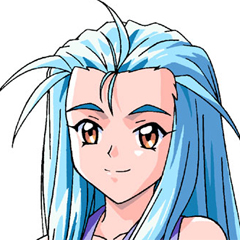 Best friend of Hikari Hinomoto. A very traditional Japanese girl who's averse to anything foreign, to the point that the smell of curry will make her sneeze; as such, she's a member of the Tea Ceremony Club. She cares very deeply for Hikari's well being, to the point of making sure the protagonist is being good to Hikari.

Kotoko holds a long history of Scrappiness in the fandom, having always been voted the weakest character of this game in both Japan and online Western polls. 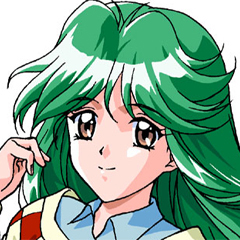 Childhood friend of both the protagonist and Hikari, she's their big sister figure. Being a few years older than the main cast, she's also their homeroom teacher in the main game. 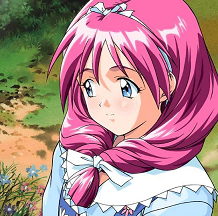 A wistful, bookwormish girl who loves fairy tales and who believes in her destined "Prince Charming". She's a member of the Drama Club. 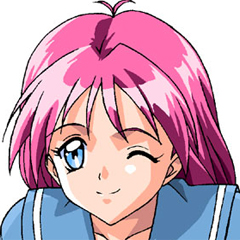 Miho's younger twin sister. She studies at Kirameki High, and is friends with Yuko Asahina. Unlike her sister, she's a down-to-earth, wild and playful character. One of the most-liked characters of the game in the fandom. 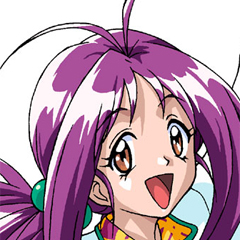 A ditzy, clumsy girl who seems to have been born under an unlucky star. Despite this, she tries to stay upbeat and does her best in whatever she does. She's best friends with Miho Shirayuki, and calls her "Miho-pyon" (an affectionate Miyuki-like Japanese Honorific). She's also a member of the Tennis Club. 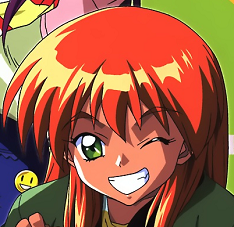 A lazy, tomboyish girl who somehow gets appointed to be the student council president, much to her chargin. 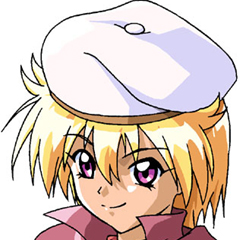 Rei Ijuin's little sister. A computer nut with a haughty attitude, she's a year younger than the rest of the cast and thus will join the game in 2nd year as the protagonist's kohai, even though she ignores completely this convention and will order him and everyone else around, calling them with the rude pronoun "Kisama". She actually has a cute side, but she doesn't like to show it. She’s Homura's sworn enemy. 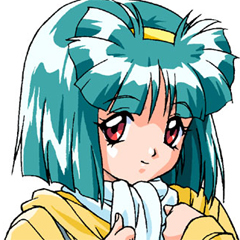 Manager of the Baseball Club. Partway during the game, she transfers to Hokkaido. She's also conscious about her figure, thinking she's very chubby. 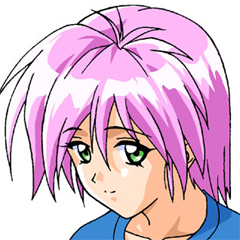 A silent girl with no friends. She's often alone at the school roof. Deeply wounded in her heart by a painful event in her past, this once-Genki Girl now avoids contact with other people, fearing to be betrayed and hurt again. It's now up to the protagonist, should he meet her and want to score her, to patiently heal her through The Power of Love.

Her scenario and personnality led her to become Tokimeki Memorial 2's favourite character in the fandom, to the point of getting her own novel (out of two released for this game, the first having Hikari as its heroine), Anata o Shinjiteru ("I Believe In You"), as well as a lot of merchandise centered around her. 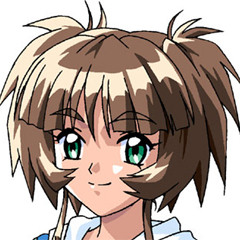 A hardworking girl from a poor family such that she only has one type of school uniform (the summer uniform). She has to work part time jobs to pay for school, and as such can't join any club. 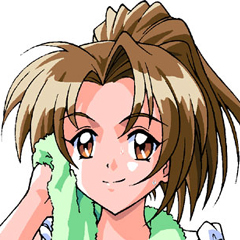 Kasumi's close friend. She has a very long list of part time jobs she's been to. 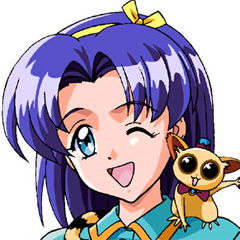 A girl who works in a traveling circus run by her father. The circus doesn't do so well in terms of profits, thus she can't go to school, and instead helps her father run the circus. 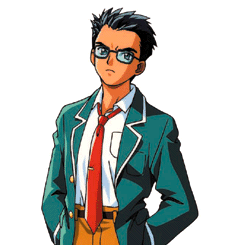 One of the boys who becomes good friends with the protagonist. An expert in kendo. He's a bit gruff at the beginning, but is actually a very straight, honest, reliable and lovable Nice Guy. Like the protagonist, he's looking for love, and if the girl he likes is in "enraptured" state towards the protagonist, will challenge the latter to a fight (which the protagonist must win to get his girl). 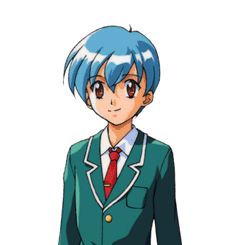 The protagonist's best friend in school, and the third member of the circle of friends formed with Junichiro Hokari. Serves the same function as Yoshio Saotome from the first game as the "info man". But like Junichiro, he's looking for love, and will become a rival if he's after the same girl as the protagonist, challenging the latter to a fight if said girl is in "enraptured" state. He looks cute and all, but actually is a cunning and calculating fellow who loves teasing his friends. 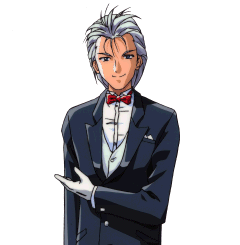 Mei Ijuin's personal butler. He also serves as a bodyguard to Mei and always carries a handgun with him for self defense. As he is Mei's bodyguard he always accompanies Mei on the player's dates with her until she is in love with the player (after which she will stop Sakunoshin from following her). He also serves as a bouncer to the family's Big Fancy House. Much like Sotoi he is gay and also a narcissist. Should the player raise their fashion sense high enough then, again like Sotoi, Mihara will fall in love with the player. He will also try to confess his feelings to the player at the end of the game, complete with roses intended for the player, but he will always be interrupted by Mei and then dismissed before he gets a chance.

Despite having the same family name, down to the same kanji combination, he’s not related to Shiki Mihara of Tokimeki Memorial Girl’s Side. 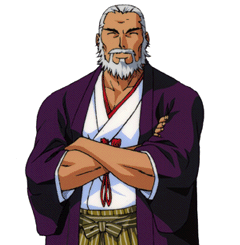 The principal of Hibikino High School. He is actually very kind and gentle towards his students despite the fact that he has a stern look and that his name might give the wrong impression. He gets on very well with Homura and considers her a good friend, and is on good terms with Akane and Takumi too. 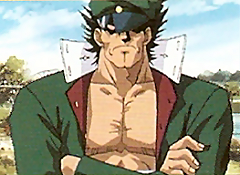 The boss of the delinquents. He will challenge you if the player beats all of his subordinates. If, however, you are trying to win with Akane then you will have to face him as he is revealed to be her brother.

One of the members of Sou-Banchou's "Four Heaven Kings". Real name Chouta Sakuradamon. A 2 meters-tall giant, he's a force of nature who relies on his brute strength. Unfortunately, his intelligence is not on par with his strength, but he's still a nice and friendly guy who knows when to admit defeat. 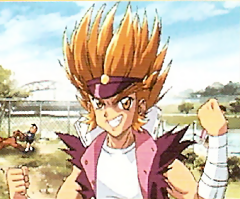 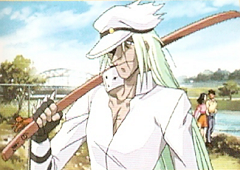 A member of the "Four Heaven Kings", and Sou-Banchou's right-hand man. Real name Akiba Kanda. A Kendo Club member, he carries with him and fight with a wooden sword. A cool-headed and virtuous fellow, his loyalty to Sou-Banchou is unmatched, and he has secret feelings for Akane. 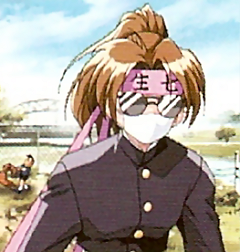 A mysterious and elusive member of the "Four Heaven Kings". Little is known about that delinquent. Fights with yo-yos.

Sumire's father, also known as "Sumire-papa". He's the owner and ringmaster of Takehiro Circus. A kind man, he cares a lot about his daughter and, worried about the consequences of their nomadic life on her, he does his best encouraging her to make friends with people of her age during their travels, and asks the protagonist, shall he meets them, to become a good one to her. He's a hard worker who cares for his business, but his ailing health and the growing number of other circus members' resignations have a toll on his and the circus' well-being.

Ace of Daimon High's Baseball Club, the main rival school of Hibikino High in the road towards the Koshien (i.e. the National Inter-High Baseball Championship). A flamboyant and somewhat arrogant young man, he has a crush on the club's manager Kaedeko when she transfers there. In Memories Ringing On, it's mentioned that after his High School time, he's tackling on the challenge of entering the Major League and become a professional player. He also gets a quick mention in the novel Anata o Shinjiteru, revealing he regulary phones Kaedeko.

A track runner from Kirameki Highschool in Memories Ringing On, and self proclamed rival to Hikari Hinomoto. She is frustrated that Hikari doesn't take her challenges to a sprint race seriously because of her history of injuries in turn complicated by Hikari's belief in handicapping, as well as Hikari not going to a college recommended for track runners.

She also happens to be Takumi Sakaki's childhood friend, to the surprise of Jun Hokari and the protagonist, who then speculate whether or not she is also Takumi's Love Interest.

A novel-only character, he's the main male protagonist of Anata o Shinjiteru, and Kaori's love interest in that novel. He's not a novel-representation of the game's Main Protagonist though, Takeru Iwase of the same continuity taking that role, and also having a completely different circle of friends (he doesn't know Junichiro and Takumi, isn't Hikari's childhood friend, and is not in the same class as them -he's a student of the 2-F class, like Kaori and Sayo- for example).

A cheerful and hard-working member of Hibikino's Volley-Ball Club, extremely open and friendly to others, he actually was an Ill Boy forced to stay at his home most of the time until the start of his High School time. He's now healthy enough to have a normal school life and practice sports, but he still is a bit fragile, and is also prone to volley-ball accidents: it's how he progressively gets closer to Kaori, who's sometimes on call at the infirmary. He's childhood friends with Sayo Tsukimura, but they bicker often and he considers her more as a big sister.

A novel-only character appearing in Anata o Shinjiteru, she's the captain of Hibikino's female Volley-Ball club team, the 2-F Class Representative, and Shunta's childhood friend. She always took care of him in his younger ill days. She's protective of him, and treats him a bit like a child, leading to much bickering between them. She's however secretly deeply in love with him, but doesn't know how to tell him; and seeing Kaori gradually getting closer from him is a great source of pain for her.