This sub-division of the Tokimeki Memorial Character Sheet is dedicated to characters having appeared in the Modern Kirameki Saga of the franchise, i.e. Tokimeki Memorial 4, the mobile phone games, its drama CDs. 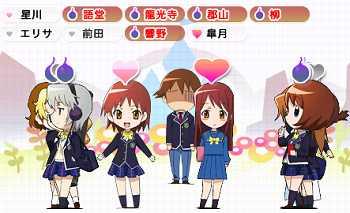 The Player Avatar of the Modern Kirameki Saga.

An Ordinary High-School Student entering the prestigious Kirameki private academy. He attends the school with Miyako Okura, his neighboring best friend since childhood, and the person who wakes him on overslept mornings. However unlike his predecessors, the Protagonist does not specifically aim to win her heart at the onset, as Miyako is more like a sister to him. He soon encounters Maki Hoshikawa during class, and from her learns of the Legendary Tree, which inspires him to increase his Limited Social Circle and give destiny a shot. 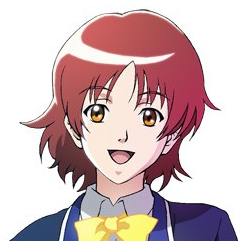 The deuteragonist heroine of the Modern Kirameki Saga. A cheerful, compassionate and sincere girl the Protagonist meets on their first day of High School. She is molded on Tokimemo 2's leading heroine, Hikari Hinomoto, and dreams of becoming a nurse. Best friends with Tsugumi Godo. 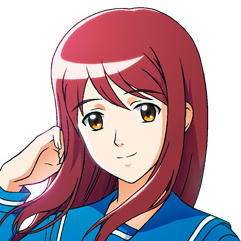 The deuteragonist heroine of the Modern Kirameki Saga. Student Council President of Kirameki High and a relative of Shiori Fujisaki from Tokimemo 1. Viewing her predecessor in high regards, Yuu seeks to be as perfect, find true love, and confess to him under the Legendary Tree: just like the Superstar of Kirameki High did fifteen years ago. As such, Yuu is completely molded in the same vein as Shiori, to the point of being an Expy of her.

She is one of two Senpai characters of the game (the other Aki), and therefore one year older than the Protagonist. As with all outgoing seniors, Yuu wears the iconic classical Kirameki Sailor Fuku that is being phased out in favor of a new blazer design the Protagonist and his class don. 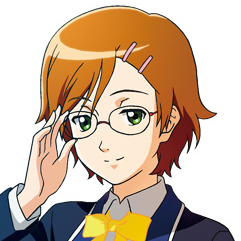 Maki's VERY overprotective best friend. The resident Meganekko and bookworm with a new personality twist: Type A Tsundere. She initially despises the Protagonist, but will gradually warm up to him if pursued. Tsugumi dreams of meeting her Prince Charming, just like in the fairy tales she dearly loves, but refuses to let anyone learn the truth, and will threaten to hit the Protagonist if he laughs when she finally spits it out. 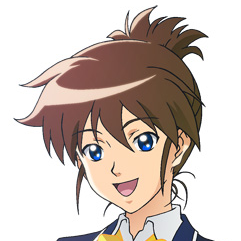 An innocent Bokukko who's the only girl in a predominantly male family, all of whom are expert mechanics. As such, she has several male orientated traits and is talented with machinery. Itsuki loves sports and is The Ace of Kirameki High's Female Soccer Team. Don't think she's without feminine traits though. Miyako is her best friend. 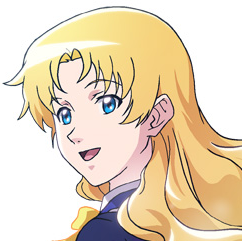 A native born Japanese student from the Miyagi Prefecture, who is also half British (or American). She has a profound love and knowledge for Japanese culture, and will not hesitate to criticize historical inaccuracies, though not to the militant extremity of Kotoko Minaduki in Tokimemo 2. Because of her western heritage, Elisa has self-esteem problems, believing she will never blend into Japanese society or be recognized as a native. Incredibly skilled in Kendo and Fumiko's best friend.

Elisa's story is unusually political for a Tokimeki, as it brushes with the topics of bigotry and racism: matters the ethnically homogeneous Japan tends to outright ignore... especially in a video game. Elisa is not treated Japanese, because she does not look Japanese, when in fact she is Japanese. 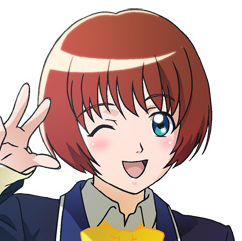 A very cheerful and social klutz who is a member of the School Broadcasting Club, regularly forgetting to cutoff the mic before discussing private matters. She loves eating sweets and being around children, hoping to become a daycare specialist after graduation. Many of the male students are fascinated by her ample chest size. She is best friends with Elisa. 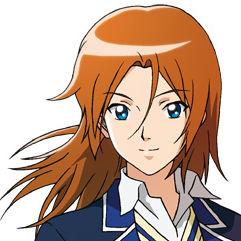 Daughter and sole successor of the Ryukochi Conglomerate, an incredibly wealthy organization nearly on par with the Ijuuin Conglomerate and similar in nature to the Koshiki Real Estate. Her father is a powerful man who looks and behaves suspiciously Yakuza. However unlike Yukari Koshiki, she's a brash Tomboy Delinquent who's extremely good at fighting and has a Death Glare that causes others to flee in terror without lifting a finger. It's because the Protagonist holds this glare, that Kai is impressed enough to let him meet and befriend her.

As a delinquent, she's quite the slacker and hardly attends class. Nonetheless, she's brilliant and gets excellent marks on exams. The perspective of inheriting the Ryukochi Conglomerate doesn't please Kai in the slightest, and as such, she's torn between loyalty towards her father (who she loves despite some friction and his annoying overprotectiveness), and her desire to live as a normal girl. 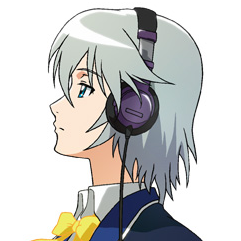 A quiet girl who's always seen with headphones on her head. She's actually a musical genius in constant search of material to compose an original masterpiece, and wears sound cancellation due to an extreme condition of acute hearing that causes her to be aggressed by surrounding noise. Because of these headphones, and the fact she avoids socialization, people are intimidated and driven away from her. Naturally, she does not have many friends. 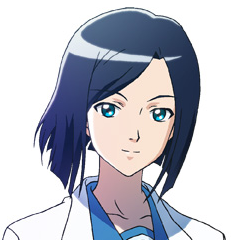 A mature young woman with an incredible talent in chemistry, and dons a lab coat over her uniform at all times. She's reminiscent of Yuina Himoo of Tokimemo 1, but much more composed and sane, avoiding many of her Mad Scientist traits. Works part time at a pharmaceutical company and close friends with Haruna Mizuki.

She is one of two Senpai characters of the game (the other Yuu), and therefore one year older than the Protagonist. As with all outgoing seniors, Yuu wears the iconic classical Kirameki Sailor Fuku that is being phased out in favor of a new blazer design the Protagonist and his class don. 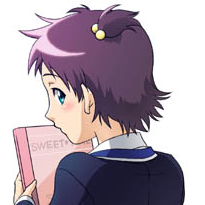 A kohai junior to the Protagonist by one year, she is a part-time student at Kirameki. Very shy, she always carries a diary to write her feelings: one she inadvertently drops. Should the Protagonist find this diary, they'll start a relationship through it. She works at a candy shop and hopes to become a confectioner. Haruna is friends with Aki, and it's through her that the unlock event is available. 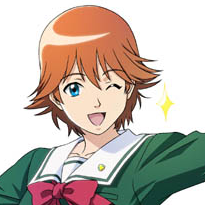 Older twin of Tadashi Nanakawa, one of the Protagonist's male friends. She likes to switch places with her brother, in the same vein as the Shirayuki sisters in Tokimemo 2 and as the catalyst to meet her. A Genki Girl who loves anime and video games, and she proudly labels herself an Otaku. During the ending, she'll reveal to the Protagonist that she attends Hibikino High and makes her confession of love under the Legendary Bell.

Voiced by: Misato Fukuen (Both Miyako and her Rabbit Doll) 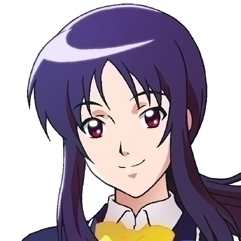 The Protagonist's childhood friend. She has an almost parental involvement in his life, and this generation's Info Woman. While normally a kind and cheerful girl, with a streak of Deadpan Snarker, her personality does a complete 180 in the middle of her route, becoming a chilling Yandere, though eventually everything returns to normal. Because of this trait, Miyako quickly became this game's Ensemble Dark Horse.

She possess a childhood keepsake, which is actually a Robbie the Rabbit doll. This Shout-Out to the Silent Hill series is another Yandere indicator, and a major part of her route as a Memento MacGuffin gifted from the Protagonist when they were young. The memory of this holds such important significance, she named the doll after the Protagonist in remembrance. She is best friends with Itsuki. 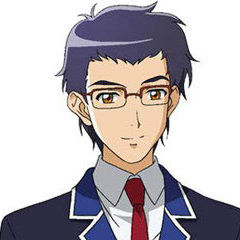 The first of two male associates the Protagonist befriends on his first day of High School. He is quite the pervert, and tends to lose his head when in the presence of a beautiful woman. 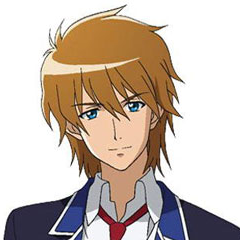 The second of two male associates the Protagonist befriends on his first day of High School. A straight-laced, level headed guy who excels at sports and considered a heartthrob by many female students. He is also Rui's younger twin. 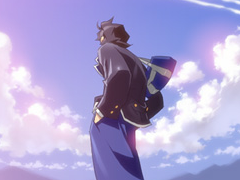 The Player Avatar of the mobile phone spin-offs, Tokimeki Memorial 4 mobile and Tokimeki Memorial 4 Chu! Events within mobile take place concurrently with those of the main Modern Kirameki Saga (with one-way character crossovers), while events in Chu! are a prequel of mobile. He is not the same Protagonist from the main PSP game.

An Ordinary High-School Student entering the prestigious Kirameki private academy and The Ace of Komorebi Junior High. Returning back to Japan from the United States, he attends the school to continue his relationship with Kiho Inokura, cherished childhood friend and onetime sweetheart. 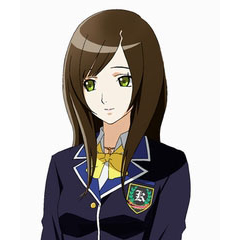 Kiho is a delicate and beautiful young woman who dreams of being a model. She is the childhood sweetheart of the Protagonist (the story of which is told in Chu!), but became separated from him when his family traveled to America. Once filled with joyous and uplifting happiness, he returns noticing she now has a hidden sadness. 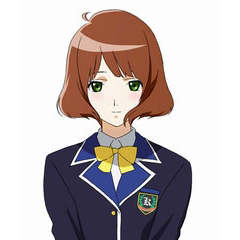 Kiho's younger sister. She explains how the game functions in the tutorial. 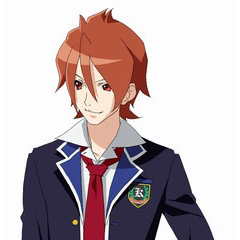 A rival turned friend of the Protagonist, and the Info Man in mobile. Star player on the Kirameki Basketball Team and hopes to play in the American NBA. 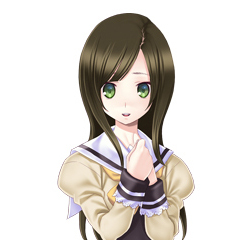 Tritagonist heroine of Tokimeki Memorial 4 Chu!, the mobile phone prequel to Tokimeki Memorial 4 mobile that takes place in Komorebi Junior High. The three winnable girls were chosen by fans via online poll on the Konami site. The remaining four that lost the vote, were demoted to side characters.

Very popular and quite the charmer, Kiho hopes to become a model, practicing whenever time permits: even in class. 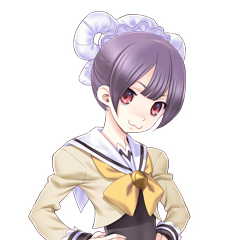 Tritagonist heroine. Zi Ji is a very petite girl who is often mistaken for an elementary student. Anyone who points out these traits within earshot of her, will get a violent response. She's an incredible mathematician and computer science genius. 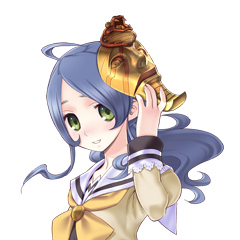 Tritagonist heroine. Koyomi is a strange girl who spends the early mornings and late afternoons digging around the neighborhood for something. She never explains the reasons to anyone and always keeps to herself. As of consequence, the student population mostly ignores her antics and she doesn't have friends.