This is the character sheet for Persona Q2: New Cinema Labyrinth. See the links below for returning characters from Persona 3, 4, and 5. For a full index of characters for the Persona series, go to this page.

Every original character here is a Walking Spoiler. Thus, all spoilers for them (The first three entries) are unmarked. You Have Been Warned.

A young girl with short white hair dressed in black. Because she is not good at communicating with people, she stays at Nagi's side. Her life hasn't been great, to say the least. 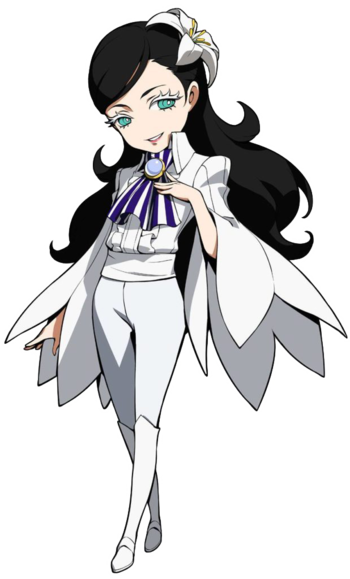 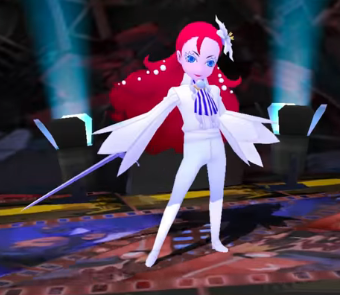 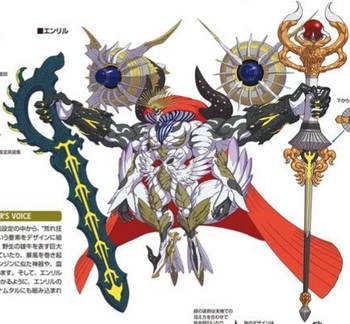 The manager of the movie theater who is suddenly trapped in the cinema with Hikari. In reality, she is a godly being known as "Enlil" that put Hikari into the Cinema, in which she manipulates Hikari to trap herself into an endless emotional spiral that prevents her from leaving it.

A strange Shadow/creature in the projection room. It shows movies to Hikari and Nagi but its purpose is a mystery. It never talks, even when spoken to. Despite his appearance, he is actually a medium to cure Hikari's depression, allowing everyone to escape the Cinema.
He also serves as the endboss for the fourth dungeon, a disturbingly cheerful musical about abandoning your personality and self and documents Hikari's life as a biopic, named after its titular host.

The true identity of Doe and Hikari's most beloved parent, being the only person who cared for her and the one who infuences her positive qualities. 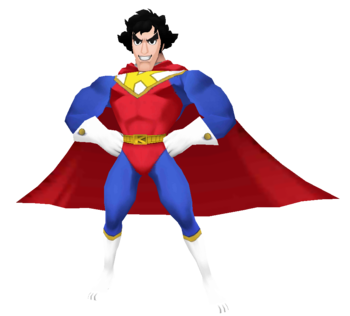 The central character of the first movie labyrinth, a superhero identical to a man known and hated by the Phantom Thieves— Suguru Kamoshida.
Yosukesaurus 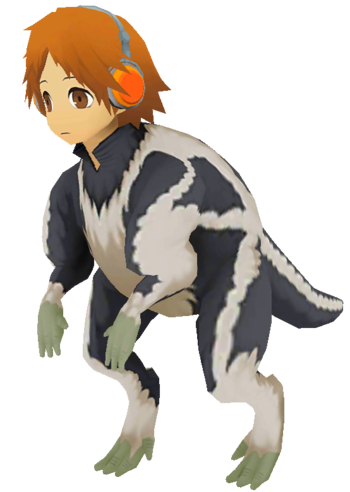 A major character of the second movie labyrinth, a herbivorous dinosaur with Yosuke's head. He's not well-liked by the rest of the pack.

Tropes when fought as a boss:

Ostracized from the pack for the last time, Dinosaur Yosuke warps into a less human and more carnivorous form as his rage takes over.

Herbivore Dinosaurs
These are the weak herbivore dinosaurs that populate the movie world of Junessic Land. They were constantly oppressed by carnivorous dinosaurs, but in reality they are the oppressors who despise anyone who don't agree with them.
"Ribbon" (A.I.G.I.S.) 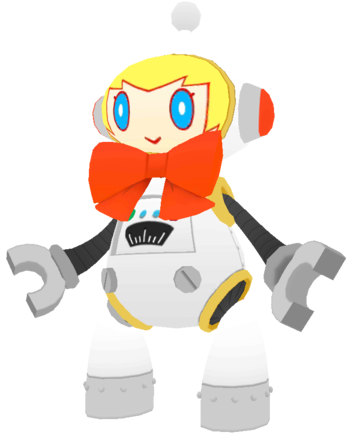 A robot in a society made of them who developed individuality - and a new color scheme based on the real Aigis. As a result of this, she's now hunted down as an "Irregular".
The Mother Computer (Ikutsuki) 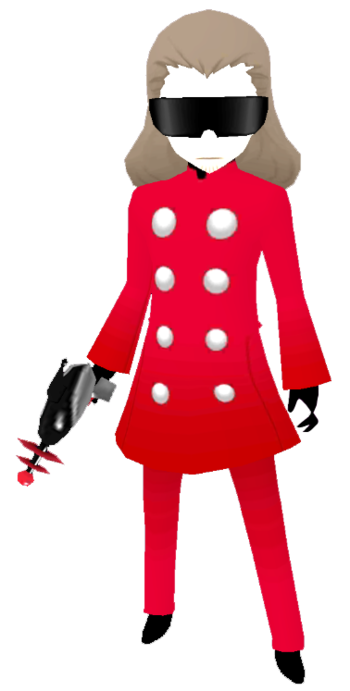 The ruler of the post-apocalyptic robot society depicted in A.I.G.I.S., who has the face of Shuji Ikutsuki, one of the key directors of S.E.E.S.

The Negative Films (UNMARKED SPOILERS AHEAD)
Serving as guardians of the Enlil's Negative Projectors that projects the movies of pure negativity, these four Negatives fight the protagonists as they try to interact with the projectors to edit the films. They take the form of Hikari's movies, as they resonate with the reel hairs that are about to replace them.
The Greater-Scope Villain (UNMARKED SPOILERS AHEAD)

The Public of Tokyo

The public who summoned the Theater District and its core Enlil into being in an attempt to relieve their pain of being abused by others for being different. In this game, they appear as the other theatergoers who got their souls imprisoned by themselves like Hikari as well as the tormentors in the fourth labyrinth.

For more, see The Prisoners section of this article.