This page details the Hunter and the residents of the Hunter's Dream. Head back through here for the other character pages. Warning: unmarked spoilers ahead.

You, an outsider who has journeyed to Yharnam in search of information on something known only as "Paleblood". Upon arriving, you are conscripted into the Hunt, and end up searching for a way to escape it. 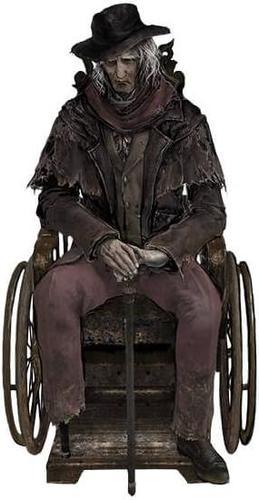 "Just go out and kill a few beasts. It's for your own good."
Voiced by: Allan Corduner

A wheelchair-bound old man who used to be one of Yharnam's greatest Hunters. Now serves as the "Watcher of Hunters" and offers guidance and advice throughout the game. 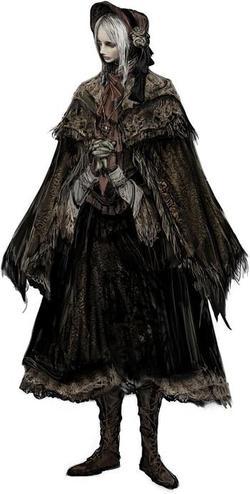 A mysterious life-sized doll residing in the Hunter's Dream. After you gain enough Insight, she will come to life and can use your blood echoes to raise your blood level. 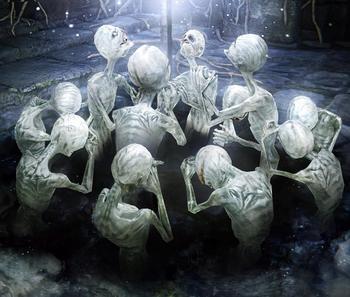 "Ah, the little ones, inhabitants of the Dream... They find Hunters such as yourself, worship and serve them. Speak words they do not, but still, aren't they sweet?"
—The Doll
Voiced by: Joe Simms and Ryan Morris

Mysterious creatures that serve the Hunters. Child-like in size and profile, they appear whenever they are needed to the Hunters they worship.