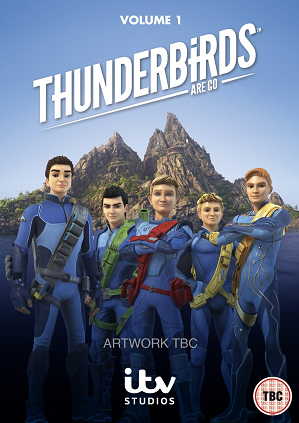 Thunderbirds Are Go is the remake of Thunderbirds. It began on ITV and CITV on 4 April 2015 and concluded 22 February 2020. The original marionettes have been replaced with CGI, although many of the sets and environments, most notably Tracy Island, are models. The series is a UK-New Zealand co-production and features visual effects by Weta Digital, CGCG and Milk VFX, which look every bit as awesome as you'd expect. The series received a great deal of publicity in the British media, with all concerned insisting that they wanted the new series to remain true to the spirit of the old.

Two more seasons were then commissioned, bringing the episode total to 78.

Not to be confused with the 1966 film set in the milieu of the original series.