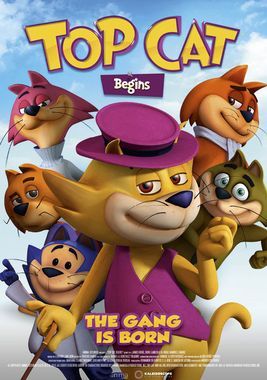 Top Cat Begins (known in Spanish as Don Gato: El Inicio de la Pandilla, literally Top Cat: The Start of the Gang) is a 2015 animated film made in Mexico. On that note, it is a prequel to the first movie and to some extent, the original series. It is an origin story, explaining how Top Cat met Benny and how he created his gang.