Video Game / To the Moon

Episode 2, Finding Paradise, was released on December 14th, 2017. In this episode, Eva and Neil are tasked with helping a new patient named Colin Reed. They are faced with the problem that Colin's final wish is not only vague in its wording, but also seems quite paradoxical in nature: he wants them to give him a life without regrets, yet change nothing at all.

Episode X, Impostor Factory, was released on September 30th, 2021. The trailer can be viewed here

. The story is somewhat unusual, starting out following a young man, Quincy Reynard, who finds himself invited to dinner party in a strange mansion deep in the forest, hosted by two enigmatic scientists, Dr. Warden Haynes and Dr Alise Yu. Quincy finds that the hosts, the house staff, and the other guests for that matter, are behaving rather weird and often speaking in riddles, and things soon escalate when Haynes and Yu are suddenly murdered by an unknown culprit. But what starts as a rather archetypical murder mystery, soon turns into something stranger, and is revealed to be connected to the previous games in the series in unexpected ways...

It should be mentioned that as a narrative-heavy series, the games are best experienced without spoilers. Read the spoilers below at your own risk. 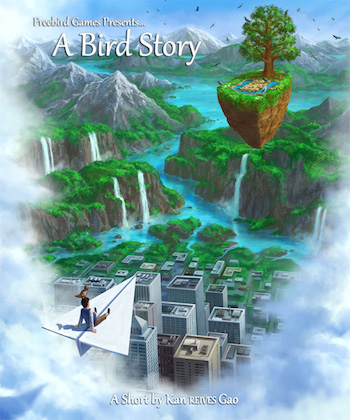