A list of characters from the Light Novel, Anime, and Manga series Spice and Wolf. 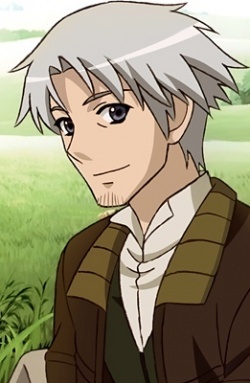 A traveling merchant. After finding Holo in his cart, he agrees to allow her to travel with him to her home, Yoitsu. 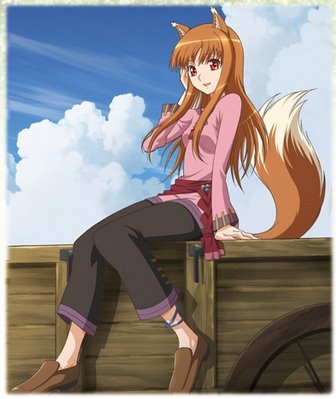 A wolf spirit who hides in wheat. After watching over a town for several hundred years she leaves after they develop new agricultural methods and convert to a new religion, considering herself no longer needed.

Yarei
A young man who lives in Pasloe and who later betrays Lawrence and Holo to the Medioh Company and the Church. He is replaced by Chloe in the anime.
Chloe 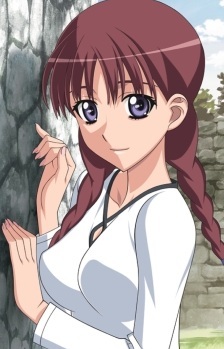 A young woman who lives in Pasloe. She's known Lawrence since she was a little girl and is following in his footsteps as a merchant. She only exists in the anime and replaces Yarei as 'the friend from Pasloe'. 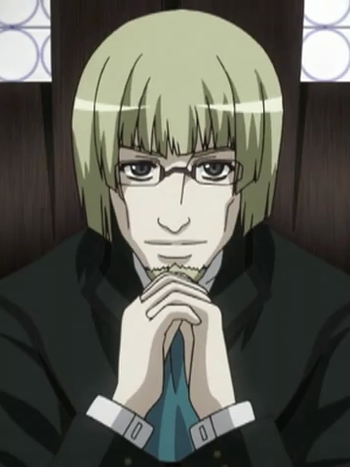 The man in charge of a branch of the Milone Trading Company in Pazzio. 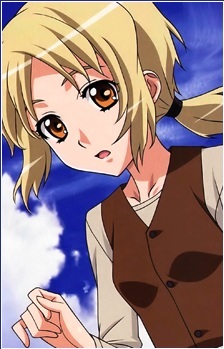 A shepherdess Lawrence and Holo meet on the way to Lubinhegin.

Hans Lemerio
Voiced by: Gouda Hozumi (Japanese), Kent Williams (English)
The head of the Lemerio Trading Company, a borderline-bankrupt merchant guild in Lubinhegin. He assumes Lawrence's debt from the Latparron Trading Company and gives him two days to repay it, later agreeing to Lawrence's gold-smuggling scheme while plotting to betray him to keep the profits for himself.
Marten Liebert 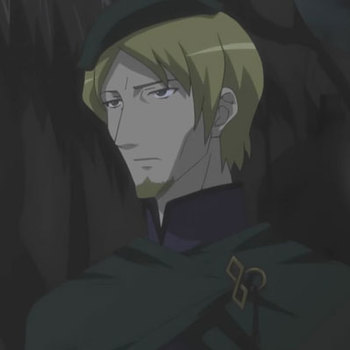 A merchant working for Hans Lemerio. He was sent to accompany Lawrence and Nora in the gold smuggling plot, and secretly involved in the scheme to betray them. 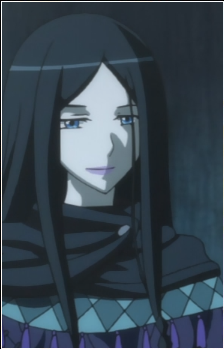 An keeper of old tales that Lawrence and Holo meet in Kamersun. 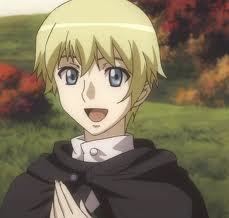 A young merchant our merchant couple meet in Kamersun. 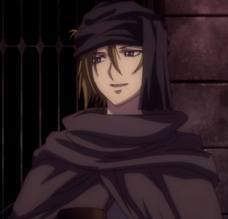 A merchant Holo and Lawrence meet in the port city of Lenos. She pulls the two into a money-making scheme. She makes reappearances in the later novels, acting as a reoccurring rival to the group.

Introduced in the sixth book (immediately after the anime ends), Col is a traveling student fallen on hard times. Col reaches out to Lawrence in desperation, and to his surprise is taken on board by him and Holo. Col intends to study church law so that he may climb to a position from which he may defend his and other pagan villages. He joins Holo and Lawrence in their travels.

In Wolf and Parchment, the now grown-up Tote works as Lawrence and Holo's assistant at the Spice and Wolf bathhouse. Learning of a movement to reform the Corrupt Church, Tote sets out to become a religious reformer only to discover that Lawrence and Holo's teenage daughter Myuri has stowed away with him.

The Merchant-of-the-Day of Book 10. He is a crafty yet congenial and kindhearted traveling merchant for the Ruvik Alliance. He primarily focuses on colony creation, and as such is leading the alliance's plans to set up villages on territory they're trying to wrest from the abbey of Brondel. He helps Lawrence and co. with their plans to get into the abbey and discover the truth of the wolf god bones kept within.

A stoic, elderly Shepard that heads the group of Shepars for the Brondel Abbey. Lawrence, Holo, and Col end up staying at his headquarters during their visit to the abbey.

Kraft and Holo's daughter, and one of the two leads of Wolf and Parchment. Inspired by the story of her parents' meeting, she stows away with her father's former apprentice, Tote Col, when he departs to become a religious reformer.