These are the characters of 91 Days. In here are death-related spoilers! You have been warned!

The protagonist of 91 Days, real name Angelo Lagusa. Seven years ago, on his birthday in April 1921, his father, mother, and little brother were murdered by Vincento Vanetti and three others, including Nero Vanetti. Now grown into a young man, Avilio sets about getting close to Nero so that he can exact his revenge.

The eldest son of Don Vincento Vanetti, who at the young age of 21 is already on track to succeed his father. His personality is fun-loving, hot-headed, and rash, but he has the qualities of a natural leader and a deep sense of responsibility for carrying on his father's legacy. Seven years ago, when he was only fourteen, he was one of three men who accompanied Vincent to kill the Lagusa family. When Angelo Lagusa comes back to Lawless in the guise of Avilio Bruno, Nero quickly embraces him as a friend and confidant, little suspecting that his new right-hand man is plotting to kill him and destroy his family. 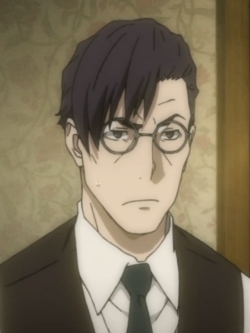 Angelo’s father, killed along with his wife and son by the Vanettis due to a financial discourse. He discovered the deals going on between the Vanettis and Galassias and was silenced for it.

Angelo's mother, killed by the Vanettis along with her husband Testa and youngest son Luce.

Angelo’s cheerful and innocent little brother, who was killed along with his parents by the Vanettis. An old photograph of him comes enclosed with the letter that tells Angelo the names of the killers. 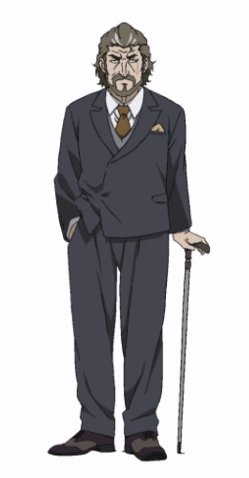 The Don of the Vanetti family and father of Nero, Fio, and Frate. In April 1921, he usurped the previous Don by murder, justifying himself to Testa by saying it was to protect the family. He and his goons murdered the Lagusas except for Angelo, who now as Avilio Bruno considers Vincento as one of his top targets. Because of his failing health he hasn't gone out in public for three years, and as his time approaches, his two sons struggle for the right to succeed him. 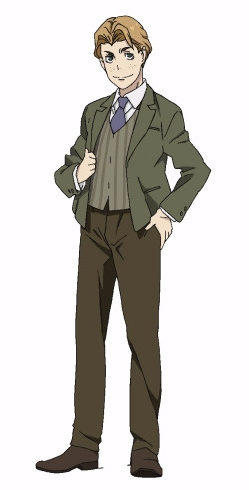 Nero's younger brother, who has different ideas about how to best serve the family's interests. He approves of his sister Fio's marriage to Ronald of the Galassias. 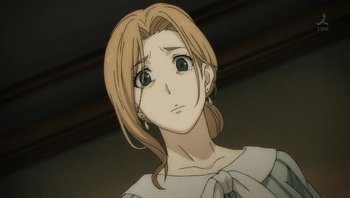 Sole daughter of the Vanetti family, sister to Nero and Frate, married Ronaldo as a way to make peace between their two families. 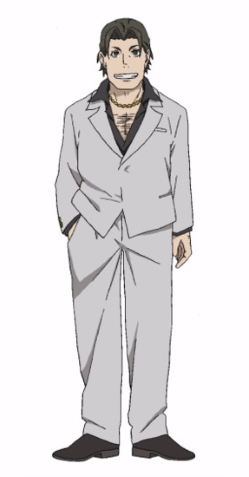 Nero's subordinate and friend. He and Nero involved in the murder of Testa Lagusa on the night of the murder seven years ago. He seems to be in love with Nero's sister Fio, and is very unhappy about her marriage to Ronaldo Galassia. 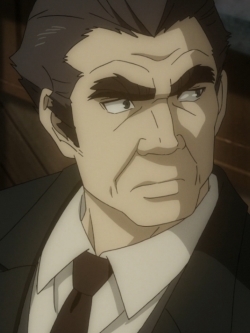 The Right Hand to Vincent. He’s a part of the integral family and appears in most of the meetings that take place in the Lodge. 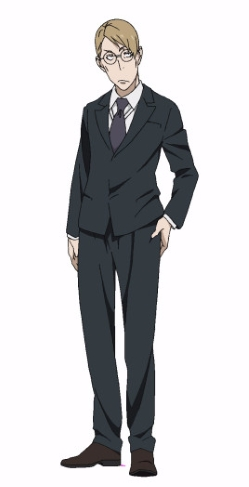 Nero's subordinate and general staff officer, who provides a more logical counterpoint to Nero and Vanno's impulsiveness. As Avilio gains ever more of Nero's trust, he grows more and more suspicious of Avilio's motives and tries to turn Nero against him.

A member of the Vanetti family who is killed by Serpente

One of Nero’s closest friends, works under the family and is usually seen around the Lodge.

Another friend of Nero who helps him out on some of his jobs including the capture of Don Orco. 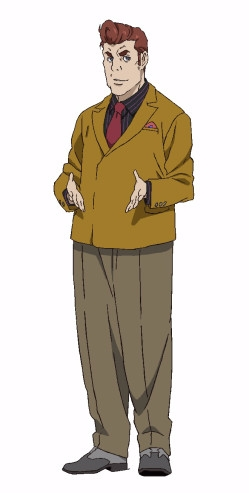 A nephew of Don Galassia, Ronaldo has just married Nero's younger sister Fio and is trying to influence how the Vanettis do business. He's rather smug and acts as if he owns the place, while making a partner of Frate who unlike Nero was in favor of an alliance between the Vanettis and the Galassias. 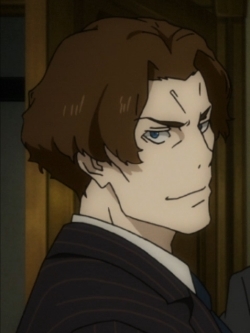 Another nephew of Don Galassia and Ronaldo's cousin, he is working with Ganzo to overthrow Vincent as the Don.

The merciless and gluttonous head of the Orco family, whose empire controls the smuggling routes for foreign made alcohol. He loves lasagna and will not tolerate anyone who can't make it to his standards. 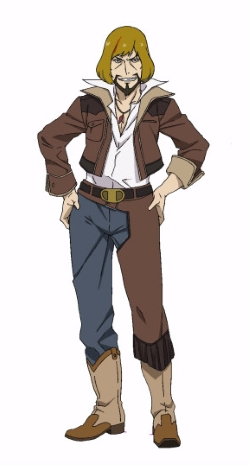 A swaggering Psycho for Hire in chaps and cowboy boots, who recently joined the Orco family as an enforcer. He has a mistress named Lacrima and makes his base of operations on the island.

A partner to Fango, he is partly the cause of the war between the Orco family and the Vanetti family. 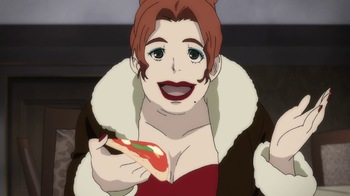 The current mistress to Fango, she’s usually hanging around the base on ‘the Island’. 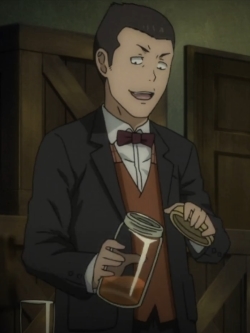 Has a brother in Fango's gang and works for them as a part-time bartender. Knows Corteo and sometimes deals in some gang-work. 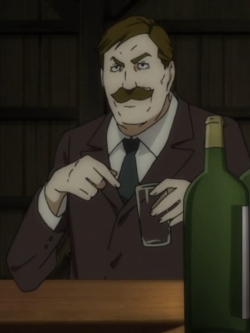 The head of prohibition enforcement in Lawless, Scusa is a crooked man who deals with the Mafia. 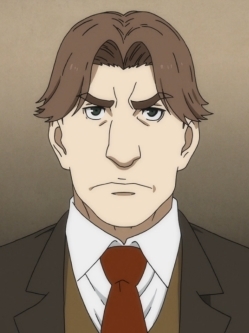 A crusading lawman from the Federal Bureau of Prohibition in Chicago, Delphy has come to Lawless with the aim of sweeping up corruption and taking down the Mafia. Needless to say, he has his work cut out for him.

A studious young man who is Avilio/Angelo's loyal childhood friend. Angelo's parents helped him when his mother was sick, and in return he sheltered Avilio on the night of the murder. Seven years later he has begun moonshining, producing alcohol of excellent quality. At first he refuses to sell it to the mafia, saying that this illegal activity is just to pay for his education, but increasingly he gets sucked into his friend's life of danger.