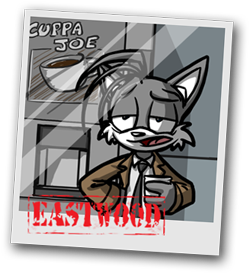 A lazy, womanizing fox with a caffiene addiction, pretty much functions as the Designated Hero. 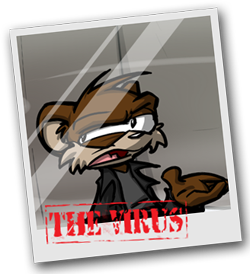 A cowardly rat with no common sense, is sometimes the Smart Guy as he has some book sense.
Lothar Hex 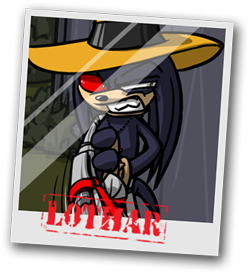 A trigger-happy genetically-engineered cyborg echidna who'd have a criminal record spanning pages and pages if he weren't recruited by the Inquisition as a mercenary. Nice Hat, though. Pretty much is The Big Guy of the group (or perhaps more accurately The Brute, since he is a lot more ruthless than most big guy heroes).
Rogue 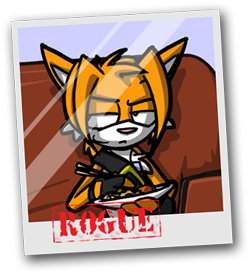 Feline member of a daemon-hunting order who seems to be the most well-balanced person on the entire team. Not that that's saying much. (And he has a lot of arrogance and overconfidence to make up for it.) He was temporarily cycled out, but soon returned to the team (and by "soon", we mean "two arcs".) His common sense and lack of idiotic behavior have him function as The Lancer. 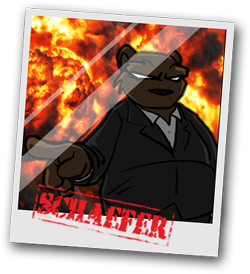 A bear who serves as the cast's superior and Commander-In-Chief of the Meridian Sector of the Mobian Inquisition. Likes to think of himself as an all-seeing, all-knowing, calculating chessmaster, when in reality he is a blustering, incompetent pervert who only manages to get anything done thanks to his eternally put-upon adjutant, Inquisitor Riktor Simmons.

That said, Schaeffer might be a moronic sexual deviant, but he’s an Inquisitor, and part of that involves being nigh-on impossible to kill and having a punch that can cold-cock a rhino. 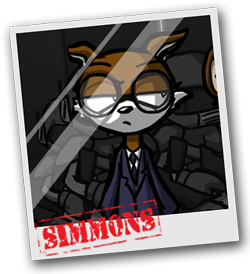 A stoat acting as Schaefer's Aide and right-hand man. Summed up as essentially being very good at his job, but otherwise a snarky git. Has more faith in the team's abilities than Schaefer does, even if that faith is based more on considering them incredibly lucky rather than being legitimately good at their jobs (which admittedly has quite a bit of truth to it).
Jamilla 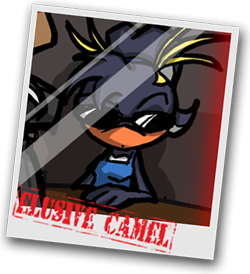 A penguin spy working for the Inquisitors, though she has worked with the main characters before. Though she was offered a chance to join the group, she declined, citing that she didn't want to end up being a cliche. She had a little something for Eastwood, but after being shot by him (accidentally), their relationship has hit a snag.
Silas Morth 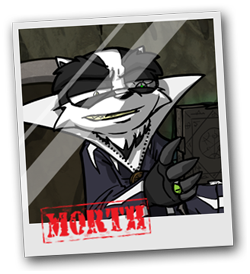 A badger who turned to becoming a rogue Inquisitor and daemon-worshipping cult-master. Once Eastwood's best friend and partner, Morth went rogue and is considered one of the most dangerous heretics on the planet. A villain of the old school, he has been defeated by the cast once, but escaped before they could finish him off.

A top flight Inquisitorial warband made up of a bunch of consummate professionals that represent the opposite of the main heroes in every way.
Tropes applying to the B-Team as a whole
Damien Jonson 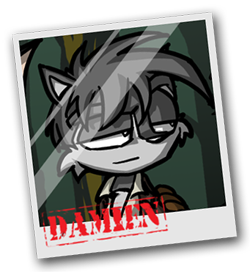 The leader of the B-team, and its true leader, as opposed to designated hero. The exact opposite of Harry, he is a consummate lady's man and a very successful inquisitor who has become the poster boy for the Inquisition. Just who trained him to be that good?
Xandius Blackwing

Second in command and Damien's most trusted soldier, is obviously meant to be a parallel to Syrus, though much more competent. He actually graduated in the same class as Eastwood and Silas Morth

A Porcupine and possibly a mercenary working for the warband. Is apparently from another country that the other main characters are not, due to his accent. A direct foil to Lothar.
Tempest

A Daemon Hunter who recently rejoined the team after an indeterminate amount of time away. Unlike Rogue, he is much nicer and much less high-strung.
Vince

Originally the 'fourth member' of the team... till he was bitten by a "not zombie". 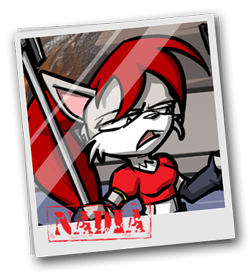 Leader of the team, she is a violent, brutally effective Inquisitor who, despite lacking any semblance of self control, seems to get the job done.
Leyana Vaegun 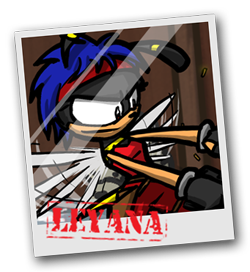 The Fourth team member and a mercenary. Though she has the least amount of focus, we already have a set personality for her.
Sebastian Poe 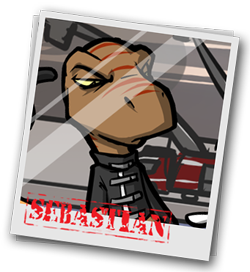 The first dinosaur in the comic, Sebastian is the exasperated only male and Only Sane Man in C-Team.
Wildfire 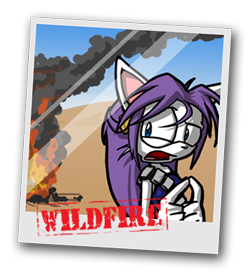 A new female feline character that was introduced in Rogue's absence, who doesn't appreciate Eastwood's misogyny/constant flirting and doesn't appear to be the best at listening to instructions. By which we mean considers "Instruction" to mean "Gentle suggestion". If her team is lucky. Impetuous and inexperienced, with no patience for complex plans and ideas, she is prone to making hasty decisions that make the rest of the team look positively wise in comparison. She was returned to Taika in a body cast, after being chloroformed by Virus, to prevent her from destroying even more stuff. Later recruited by Inquisitor Deket, who appreciated her penchant for destruction better.

A former cultist all the way back during the First Incursion who managed to ascend to godhood, becoming the divine embodiment of the ocean abyss.
Kevin

Silas Morth's patron for the Patterner, a Greater Daemon who has a decidedly less than impressive name.