Characters who appeared in the Disney animated film, Alice in Wonderland. For the original book characters, click here. 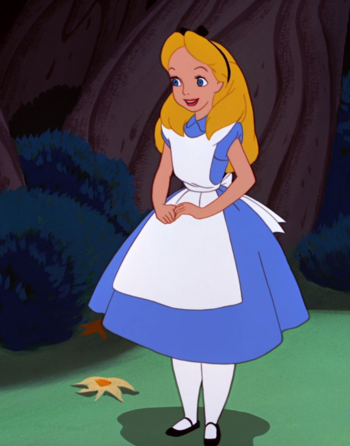 A curious and imaginative young girl and the protagonist of the movie. 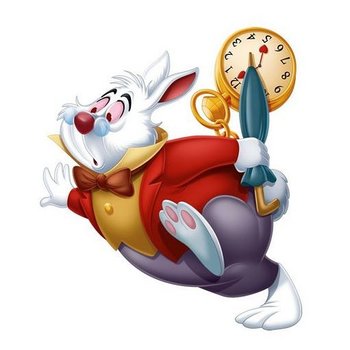 The neurotic rabbit that Alice is following throughout the movie and the reason she gets stuck in Wonderland in the first place. 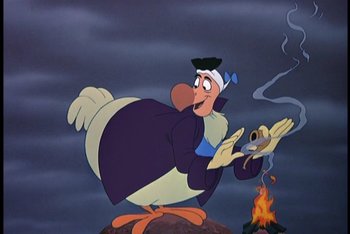 A minor character from the movie, though he has a bigger role than his book counterpart and is merged with another character, Pat the Gardener.
Tweedle Dee and Tweedle Dum 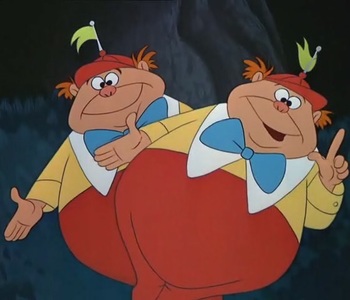 Two identical fat brothers and minor characters of the movie.

The leader of the duo in "The Walrus and The Carpenter" story.

A family of young oysters and their mother. 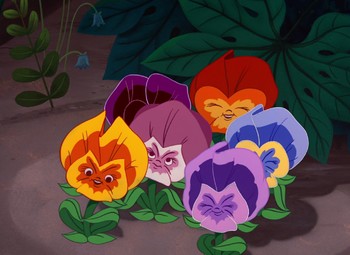 A group of sentient (and singing) flowers. 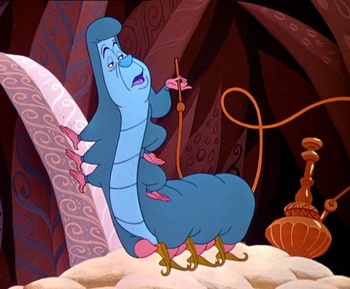 A blue creature who smokes a hookah. 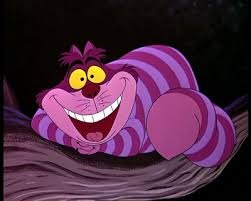 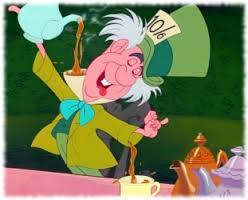 An insane resident of Wonderland who is best friends with the March Hare. 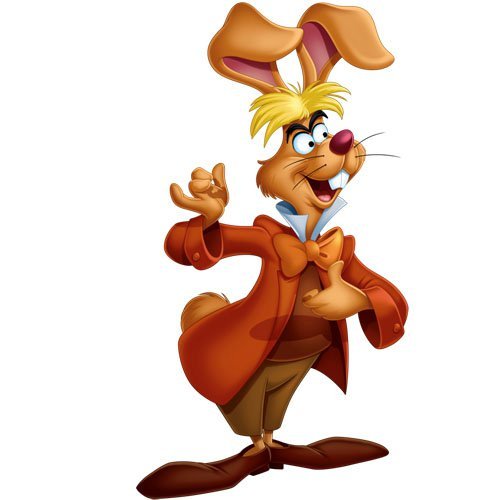 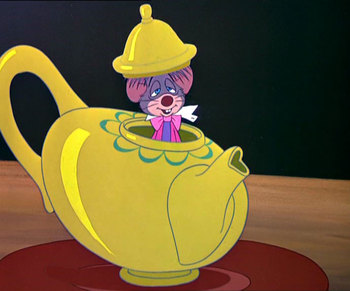 A friend of the Mad Hatter and the March Hare who lives in a teapot.
The Cards

Giant, sentient playing cards under the Queen of Hearts' rule. 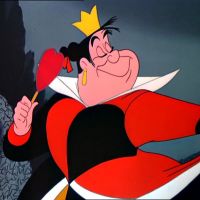 The main antagonist, she is the despotic ruler of Wonderland.
King of Hearts 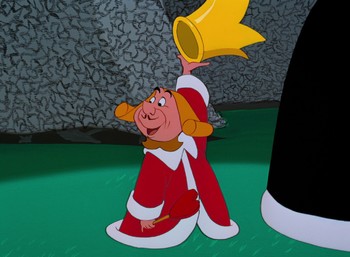 The Queen's short and submissive husband. 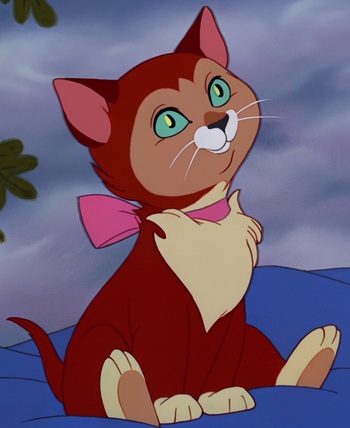