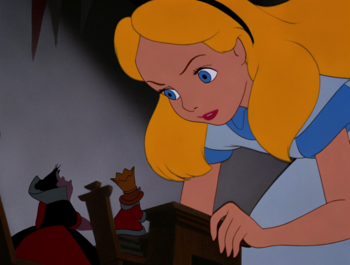 Well, that's one way to shut the queen up!