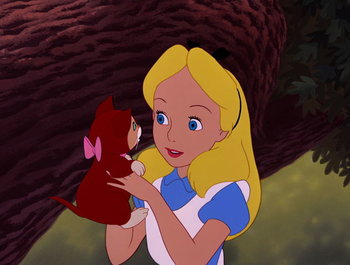 "In my world, you wouldn't say meow. You would say "Yes, Miss Alice."