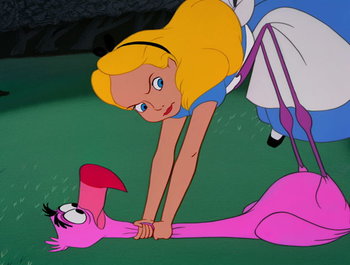 This is the least weirdest thing in Wonderland.
Advertisement: