Referenced By / Alice in Wonderland 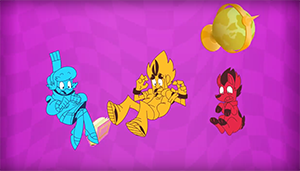 Not quite as I remember it...

Alice in Wonderland is a story which has easily recognized surreal imagery the world over, such as painting roses, chasing white rabbits, falling Down the Rabbit Hole past floating furniture, drinking and eating things which change your size, giant toadstools, or mad tea parties. The tale gets regularly referenced in media that is otherwise entirely unrelated, even spawning an entire subtrope, Alice Allusion, for when paired with a character named Alice.