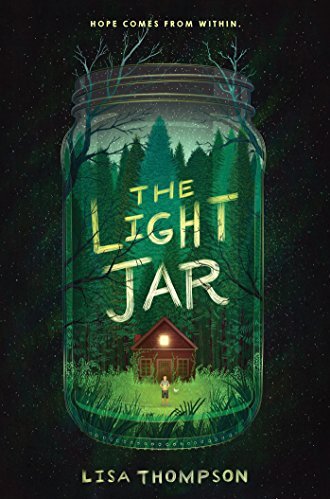 The Light Jar is a 2019 middle grade novel by Lisa Thompson.
Advertisement:

Eleven-year-old Nate and his mum hide out in a run-down cottage in the woods to escape from Gary, Nate's emotionally abusive stepfather. Just as they're getting settled in, Nate's mum disappears, leaving him all alone. As Nate tries to survive on his own, his childhood Imaginary Friend Sam suddenly reappears, saying Nate needs him again. Shortly after that, he meets a girl named Kitty, who's hunting for treasure on the grounds of the nearby mansion.

The Light Jar contains examples of: